Once upon I time I lived in Paris and James came to visit. In the ten preceding months, I had only seen him for one brief week at Christmas. That visit was the first time I told him I loved him, and the whole visit seems colored by that declaration. We wandered along the banks of the Seine, strolled through the Luxembourg gardens, and picnicked on the roof of my building.

That visit also gave the first shadowing that life isn’t easy, even when you’re in love. The day after James got to Paris, we found out he no longer had a job in DC when he got back.

But despite this, you can’t waste a week in love in Paris. That week felt like being back in the beginning of love, as we were finally saying those words out-loud. When you first say them, they are terrifying. Terrifying because of the enormity of what they mean, and also terrifying because some part of me felt that if I said them too often, they would lose value. But love is one of the few things that increases in quality as it does quantity. Saying it only makes it grow with each utterance.

After so long apart, it was also terrifying because there is always that nagging doubt that something might have changed. And of course, things do change, to pretend otherwise is to  feed a dangerous misconception. But throughout that week, there were so many little moments that confirmed that I loved that man, however terrifying and uncertain everything else was.

One night we were walking  to dinner when James grabbed my arm and stopped me.

Just another moment when I knew I loved him, especially with that dessert logic. 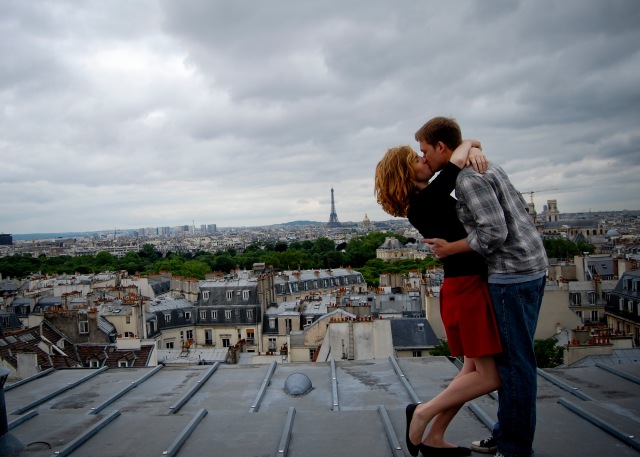 These first months of marriage have showed me that that was not a unique instance. This husband of mine always wants ice cream. A couple weeks ago for our six-month anniversary, we celebrated by eating at home and then walking to Good Stuff for shakes. Oh, and it was about 20 degrees, so shakes made total sense to us and our dessert logic. 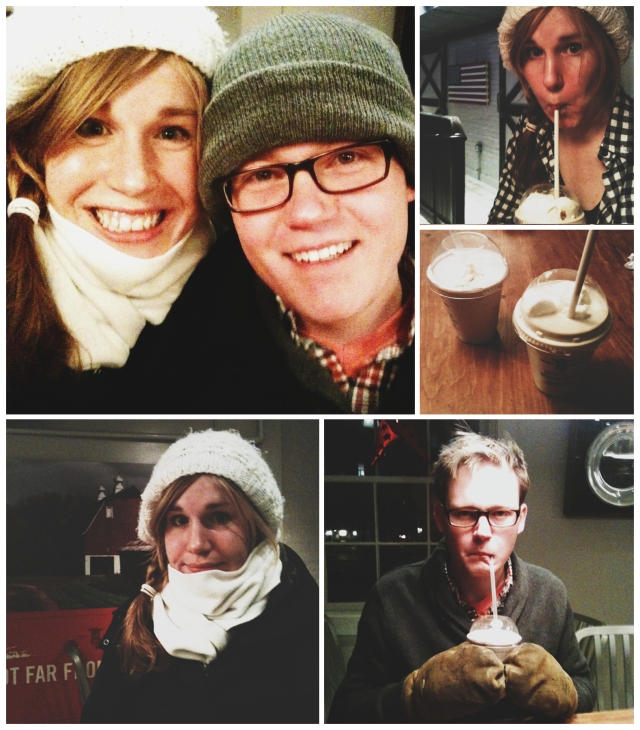 Love and ice cream, two of the very best things.

This entry was posted in Uncategorized and tagged France, husband, James, love, Paris. Bookmark the permalink.

9 Responses to Love and Ice Cream.