I will never cure cancer. I will never be the first female president. I will not argue essential court cases or invent a new car. I won’t make enough money to have multiple houses or get involved in inside trader scandals. If I ever write a book, very few people will be interested enough to read it.

I’m ok that most people don’t really see a point in learning French, and many see language education as a special class akin to PE or art. They’re wrong, but I get it. Why would people want to learn a language that only comprises one of the most essential languages of international commerce and trade, birthed a whole lot of the western cannon of literature, theory, philosophy, and art, and is spoken on every single continent? I get it.

But you know what? I love what I do. I love the books that I read, and even though I hate taking tests, I love that I am pursuing degrees that will help me teach MORE FRENCH to MORE PEOPLE. Because what more wonderful task is there than equipping students to see a different world by giving them access to a different language?

And you know what else? I get to love what I do. Especially when I taught high school, but even still with college, I get to go in to a room of sleepy students and BLOW THEIR MINDS with knowledge, or at least overwhelm them with how much they don’t know. And it’s awesome, because they only understand about 63% of what I say so I can kind of have a party up there in the front by myself.  Sometimes they try to respond, and their French is so crippled that they make horrible mistakes and accidentally say wildly inappropriate things that entertain me the rest of the day.

Sometimes, I even traumatize them with learning songs like this one that I recorded with a colleague during our office hours, just so it could live on forever. And sometimes I smash their souls with depressing French poems because, you know, sometimes life is really awful and they need to know about it, and no one does “life is awful” with more class than those French.

So yeah, I teach French. And a lot of people don’t think it matters, but it does to me. 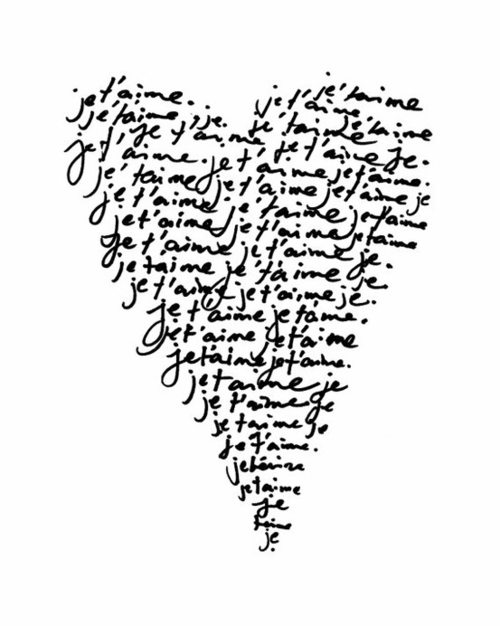 *images from here and here.

12 Responses to I teach French.