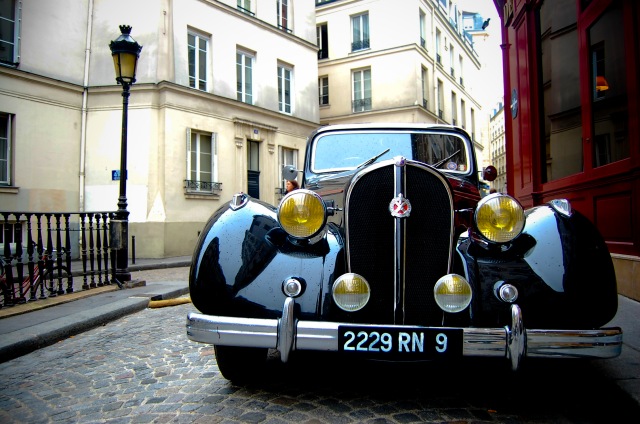 I am somewhat of a shopping beast. I think I was meant for a bartering economy, one where you could haggle prices and trade for goods. I can fight for a lower price even in countries where I don’t speak the language, but I don’t put those skills on the shelf when in the States. James and I went to Macy’s during our first year of marriage and he experienced a full range of emotions shifting from fear to shame to admiration to elation as I fought the price of his new suit and alteration tooth and nail. Sometimes I seek out clothing with defects just so I can fight for a lower price, and don’t even think of trying to tell me I can’t use multiple coupons. There will be blood.

But put me in a car lot and I become a simpering pile of fear willing to pay anything and believe whatever lies are offered.

Which is unfortunate, since I had to buy a car this week, helping me realize that car shopping is now at the top of my list for “Least Favorite Activities Ever.”

I’ve been in Kentucky for almost two weeks, during which James made his big work transition. There have been a lot of stressful moments over the past two weeks, moments where the enormity of all that is uncertain right now threatened to send me spiraling into the fetal position and a big bowl of ice cream. We realized over the course of last week that James absolutely has to have a car out where he is, and our 12 year old Honda just can’t make that journey. According to my mechanic, “We just need to make the patient comfortable.” For a week, James looked into buying a car where he is, only to realize that DC law would require he drive it the 20 hours to DC to register it before driving it back. Not cool. Furthermore, car shopping without a car is pretty difficult. Thus, we finally decided over the weekend that the best option was for me to buy a car in Kentucky.

This is probably the moment to admit that everything I know about car shopping I learned from that one episode of This American Life. I don’t even know what different types of cars look like. When I’m somewhere and someone asks me to grab something from their car and describes it as a [car make] [car model], it’s like they are speaking a foreign language. Color. Bumper stickers. Car decals. Major dents and scrapes. Those are things that identify cars to me.

But after four days of frantic car shopping, it’s like scales have fallen from my eyes and I am seeing the cars around me as actual entities differentiated by more than color. It is thrilling and terrifying. There are so many cars out there… and they are all so hard to buy.

Day 1 of car shopping was a failure, other than the fact that I learned about all the hidden fees they don’t tell you about until you are ready to close. My mom came along for moral support, and to cast withering stares to combat my puppy-like eagerness to be liked  by the salespeople offering overpriced cars. I also learned they actually are serious about those prices they suggest. I, naively indoctrinated by lofty stories of swindling car salespeople beat out by thrifty shoppers, firmly believed that they would just whack off thousands of dollars from the price. No. Maybe if I was buying a new car, but when the amount you are trying to cut is a double-digit percentage of the price, they laugh at you and show you the door. By the end of first day I was genuinely insulted and disheartened: do they not want to sell me a car? Cue tears, despondency, and rash declarations.

I went into subsequent days armed with a page of research from James and a stiff resolve on my budget. I wasn’t going to even step into cars beyond our budget because now I was in the know about those sneaky fees. And also in the know about my own weakness for shiny less used cars that glide through the air like it was butter. James had also told me I should pop the hood and look under it… which I did, and squinted my eyes thoughtfully as if I knew what I was looking for. I test drove cars, asking important questions like, “If I have kids in the next couple years, how many car-seats can I get in here?” and “Um, I have a tape-deck Ipod adapter… will that work in here?” (The answer to that last one is obviously no, as tape decks are sadly a thing of the past.)

In the end, after many stressful conversations with James, one trip to a trusty mechanic, test drives on every car in the area that met our budget, mileage, and body requirements, one full out breakdown in the kitchen, and many complicated negotiation sessions where I fear-texted James under the table in all caps, we have a car. When I went to the bank to get the check, I considered just dashing away and telling James that this was too big a commitment and I was scared of the car industry, but I couldn’t do that. Sometimes you have to do things that you hate and aren’t good at because they have to get done and being an adult means no one else can, will, or should do them for you. Sometimes you have to pull up your courage pants, strap on your big girl shoes, and dig in until you come out with the keys to your [new to us but actually rather used] car.

Oh, and obviously those pictures are not of our new car, but rather a beautiful car I photographed in Paris when the alley beside my apartment was used as a movie set. Our new car is cute, but as I gleefully told James, the optional third row has us flirting dangerously close with soccer mom status.

This entry was posted in Uncategorized and tagged daily life. Bookmark the permalink.