We should do this. 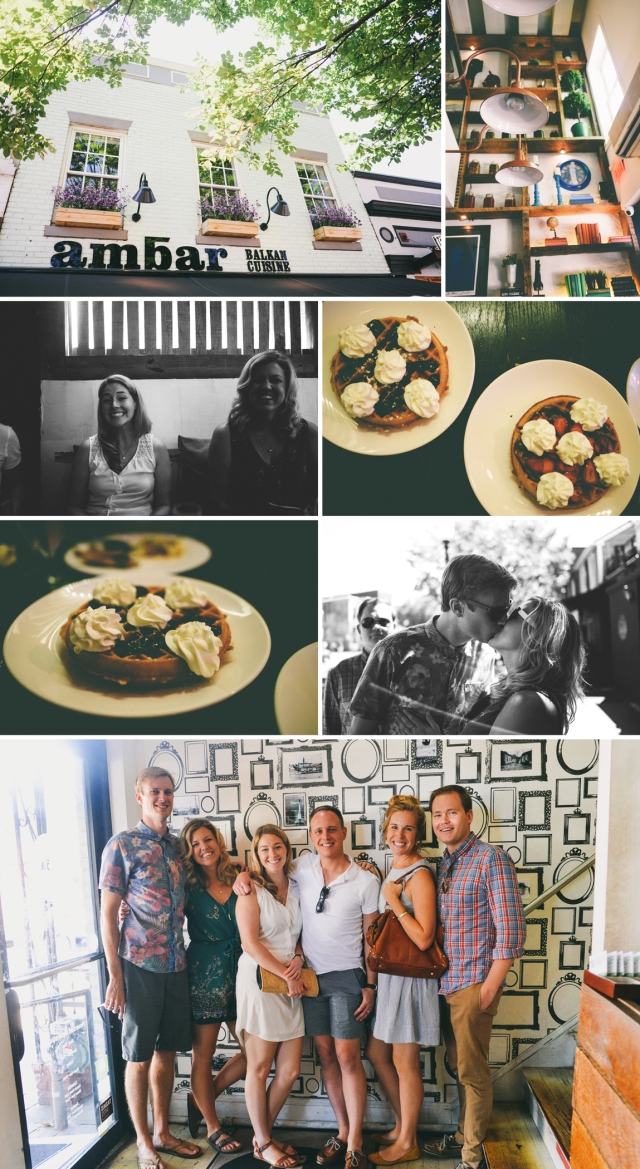 Sometime back in the spring, we got talking about bottomless brunch at Ambar with a group of friends. You remember the one– it’s the one that undid an entire weekend of plans with its siren song of bottomless mimosas and endless waffles. We sat around discussing it and then we said what everyone of our generation always says:

“We should do that sometime.”

When we say that, we aren’t really intending to do it, we aren’t setting concrete plans, we aren’t moving closer to that esteemed quality of reliable commitment — we are just blandly making plans that we never intend to keep.

Fortunately for us, we have a friend in our group who keeps all commitments, and who instantly pulled out his phone and suggested we pick a date, something that thoroughly shocked our millennial sensibilities. But select we did, and we all started talking through the soonest that the group of us could get together…

…which turned out to be last weekend. That’s right, when we set about making plans in late April, the first date that worked was mid-August. We are hoping to do a repeat outing sometime around Valentine’s day.

This post is intended neither as an ode to busyness, nor a critique of the same. Everyone I know is busy, which is strange, since we all seem to think that our own brand of busyness entitles us to special privileges or at least the right to whine. But busyness isn’t inherently bad either, as filling your time and life with good things is a good thing. The fact that we had to plan four months ahead for a brunch date is a testament to family that visits, friends who wed, work that lets us travel, etc.

But as we were devouring endless plates of brunch food, I kept on thinking that this meal only happened because we actually did it, actually moved past talk to action.

Don’t get me wrong- I am the problem. You are probably the problem. We are all the problem. Maybe some of you actually only make commitments you are going to keep, only plan things you can attend, never double (triple?) book yourself, but probably not. I do it all too frequently. And I never really thought about it until James was gone for those six months last year and I didn’t have a Person, didn’t have someone to make sure that I wasn’t alone at things, didn’t have a guaranteed guest at events I organized. I became really sensitive about people flaking out on me, and started dreading the pre-flake phrases, like “maybe we will stop by,” or “we’re trying to shuffle some things around,” or “give me a call if you end up doing something and maybe I’ll come.” I realized that what I wanted was to be worthy of scheduling, worthy of being the thing that didn’t get shuffled. When people missed things, it hurt the way it hadn’t hurt before, back when I was selfishly cocooned in marriage togetherness.

I have tried (though not always succeeded) to take that lesson forward. I’m aware of the people in my life who are exceptionally good at keeping commitments and how much that means to me. I want to set dates for the things that “we should do sometime,” and then  actually do them. I want to honor the people that I love with my calendar, my presence, my commitment.

Because when you do that, it means deeply invested friendships. It means bottomless brunch for four hours with good friends. It means less of stretching ourselves thin and more of growing roots deep.

I’ll eat four plates of waffles to that.

3 Responses to We should do this.