Give me that Old [Testament] Religion.

I mean, obviously I love it, because I love Jesus and I love the New Covenant and all that. And obviously, I find it valuable and important to study because it clearly lays out so many truths that we are to live by and stuff. But if I had my druthers (one of my favorite phrases ever), I would always, always, ALWAYS choose to read or study something from the Old Testament, from that intimidating first two thirds of the Bible that we so often ignore and misunderstand.

I partially blame my dad for this, as he is an OT scholar and so we grew up spending more time in those first books than most kids. But I also credit it to my love of stories, of heroes, of romance, and of sweeping epics. The Old Testament – or as my friend Philip once termed it, the Old Bestament – is brimming over with good stories. Not just the ones we all learn from flannel-graph boards growing up, but weird ones, spicy ones, ones that made my eyes grow wide and think “Do my parents know that the Bible is full of CRAZY SHENANIGANS???” as I flipped through pages as a kid.

I understand why we too often ignore it though, really I do. It gives God the bad rap of being an angry God, one who opens up the earth and swallows people whole when they disobey him, one who rejects people for seemingly minor offenses, and one who appears to only give love to a limited and chosen few. It can be confusing, obscure, and unsettling. Sometimes I hear people, Christian people, talk about the “God of the Old Testament,” and I understand why they want to distance their loving New Testament selves from this terrifying, powerful, and often angry God.

But I think they are wrong to do so, think it is dangerous to discount over half of the Bible as “not part” of the God we serve today. It is problematic to love the God of the New Testament without realizing and accepting that he is one and the same as the God of the Old Testament. Yes, God as we get to know him in the Old Testament is sometimes angry. He is angry at sin, at disobedience, at the neglect of widows and the abuse of the poor. He is angry at those who kill or abandon their children, those who steal and lie and murder. When you look at his anger and work backwards, you find a God that is a tireless advocate for women, slaves, children, the poor, orphans, the lost, and the downtrodden. In short, he is angry at all the things we should be angry at, righteous anger that burns you up until you stand up to defend those who can’t defend themselves.

And beyond being angry, he is often heartbroken, saddened that a beloved people continue to wander in a way that harms them. More than being an angry God, a close reading of the Old Testament shows you a heartbroken God, one who is constantly trying to woo his people back, offering grace afresh.

But beyond all that, I love the total basket cases that make up the Old Testament faithful. Sometimes I read the New Testament, where members of the early church are hanging out, “having everything in common,” sharing everything, singing songs, and strumming those proverbial guitars around ye old bonfire and I gag a little. I realize that we all aspire to the peace and unity of which the New Testament gives us glimpses, and I know that we all dream of the unwavering faith that made martyrs of so many early Christians.

But me? Sometimes I feel more in line with the motley crew of that Old Testament, the ones who have absolutely no clue what they are doing. I read of them wearing sackcloth and yelling angrily at the sky, of them crying out for help and getting no answer, and I think of the times when my faith has felt like that. I read of hopeless and flawed sinners who are said to have walked with God, and it gives me hope. I read of people boldly asking for a sign, holding on for a blessing, asking to see God’s face, and I resonate with them. They do not have the peace of the Holy Spirit, the confidence of the resurrection. They are a mangy bunch of liars and murders, thieves and cowards, prostitutes and barren women. And they are following a God they often don’t understand. When I read the Old Testament, I am reminded that you can be confused, angry, depressed, unsure, alone and still deeply in the will of God. Nothing is more comforting than knowing that the Body of Christ, that happy community we get from the New Testament, is made up of complete wrecks.

Because I can do that, I can be a part of that, and so can you. 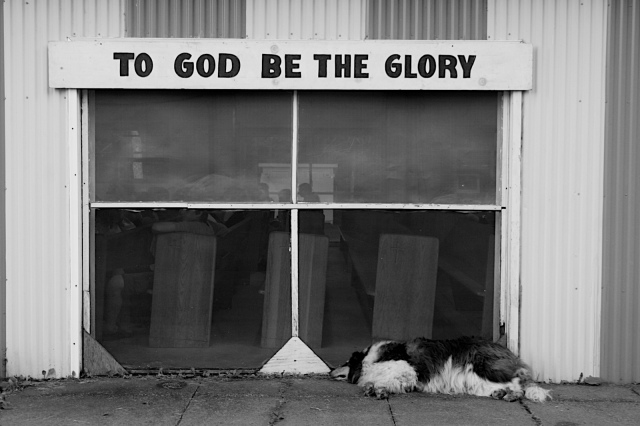 Of course, the Old Testament is also full of CRAZY SHENANIGANS and foreign contexts, so I highly recommend some learned sources to guide you through.

If you are really diving in for the first time, or need an overview of what is happening, when, and why: The Epic of Eden by Sandra Richter. Structures an understanding of the Old Testament in light of the New Testament covenant. Excellent answers to those questions that trip so many people up about that OT.

If you really want to study an individual book: Get yourself a commentary. I recommend you start with the New Living commentary of Judges (the Ruth section is also awesome!), and not just because it’s written by my favorite theologian and Biblical scholar ever (who you might remember from here). It gives you a chunk of text, notes, and then a page or so that I like to label “So…why does this matter to me?” (See one of my favorite quotes here.)

If you want to memorize some of those awesome Old Testament verses: This app is pretty great for having all sorts of verses and memory tools at your fingertips.

* That photo was taken by my friend and former roommate Liz, way back when we were in college. I know I’ve used it on here at least twice before, but I just love it so I’m trotting it back out once again.

This entry was posted in Uncategorized and tagged God. Bookmark the permalink.

21 Responses to Give me that Old [Testament] Religion.