It’s taken me awhile to get some photos up of our Thanksgiving adventures in Indiana, due in part to the trauma detailed at the end of this post, but mostly due to the daily distraction of that squishy little ginger baby: 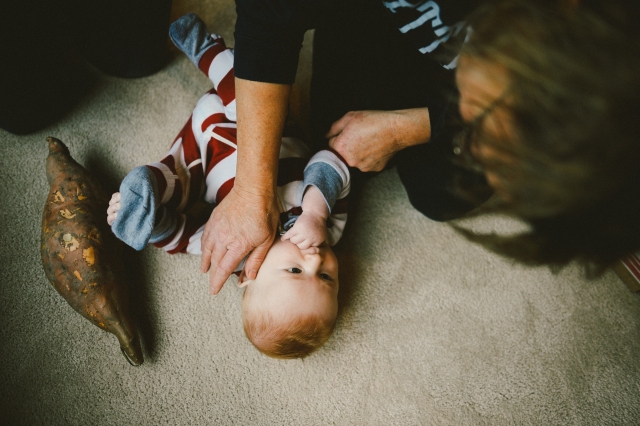 I used to wonder why parents talked about wanting to eat their children. I no longer wonder. Everything about that baby is delicious. Did I consider just cooking him up along with his adorable new cousin and those massive homegrown sweet potatoes from my MIL’s garden?

We headed back to the Midwest to spend Thanksgiving with James’ family, which is always a treat because the food is unparalleled. I ate my weight in stuffing and 5-onion soup, a wonder only rivaled by the epic Thanksgiving sandwich I created with allllll the leftovers the day after Thanksgiving. The sandwich form will almost always be my favorite form of something.

But enough about food. It is also my greatest joy to see our extended family loving on Henry. We were all together for the first time in a year, and with the addition of not one, but two babies, which meant the visit was that fun chaos of juggling tiny people’s needs and our own desire to just talk for hours. As he is my extroverted FOMO baby, Henry was thrilled to get passed around and chew on Spoon, the most loved of all toys. 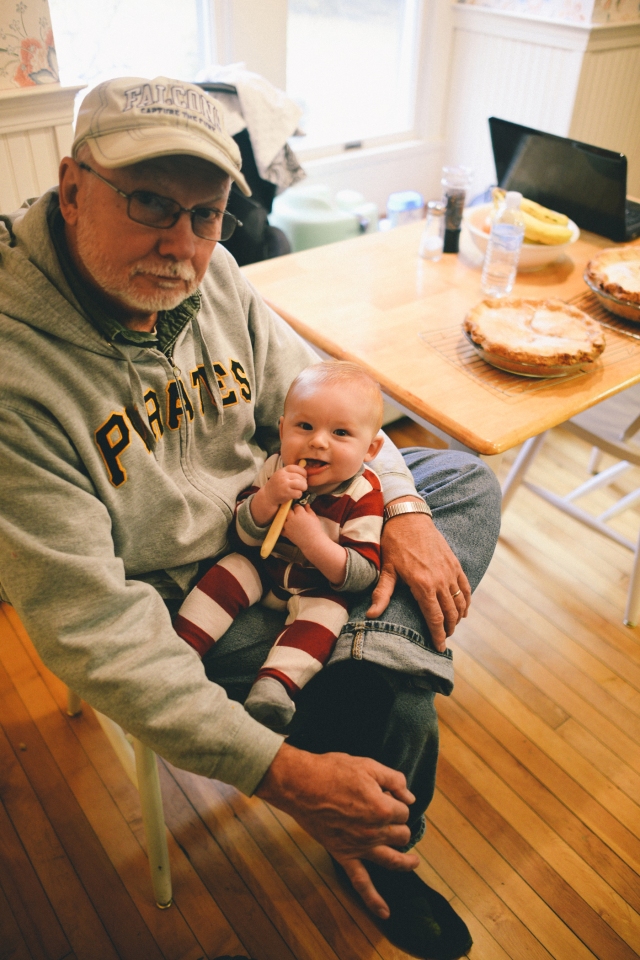 I am pretty pleased that Henry will have cousins close in age, and he would periodically try to excitedly lunge at William when he saw him playing nearby. Alas, being not yet mobile, this just meant lots of face-planting into the floor or whatever toy William had discarded close by. 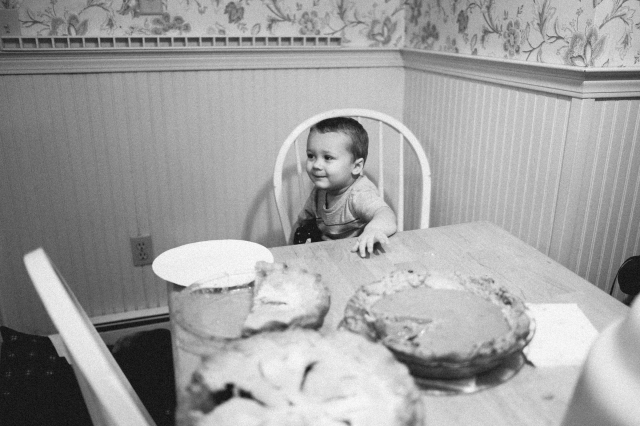 And of course, I forced everyone into a family photoshoot in matching attire.  We did the all-plaid look for our last group photos 2 years ago and decided it was nice (meaning: easiest) to just continue with the same look. 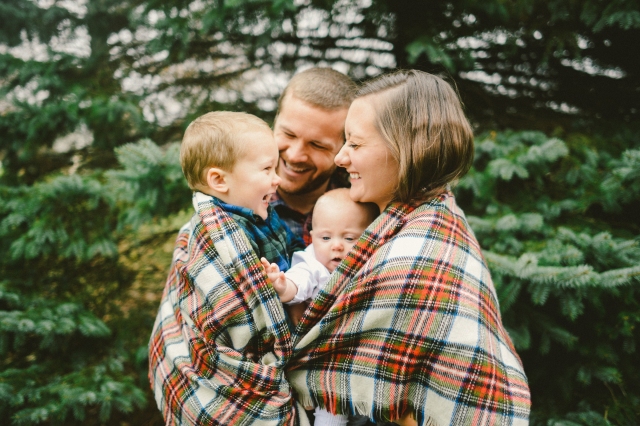 I was nervous about the trip because Henry the Urban Snob does not like the carseat and I dreaded 9 hours of screaming. We only ended up with about an hour and a half of screaming on the way there, but traveling with babies means the era of  10 minute stops are over, and it took us almost 11 hours to make the trip. On the drive back Henry was doing great… until the engine started angrily screeching halfway across Pennsylvania. We pulled over to find the oil cap, all the oil gone, and the engine completely fried. There was a lot of stress, some begging of tow trucks to find one that could haul us with a baby, and then a weary night in New Stanton PA, a place we had sworn to never return to after the Hotel of Death Smell 2012 incident.

The next day included a lengthy lunch at the bar of the local Bob Evans, where the waitstaff just passed around Henry and gave us free coffee cake, before being rescued by my brother and his wife returning to DC from Kentucky. Yes, PA is not on the way from KY to DC, but Lyman and Ruth are just better people than the rest of us and didn’t complain the slightest that this is now the second year that they have had to rescue us after Thanksgiving. Ruth insists that it is practically tradition, their only Christmas one beyond cutting down a tree together, which they still did on the drive home while I nursed Henry in the car. 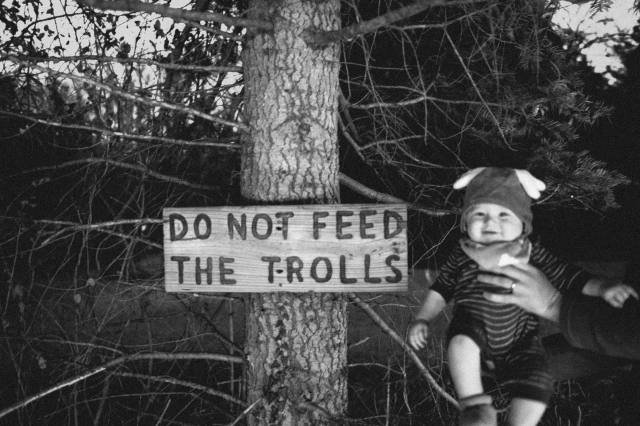 We still have no word on how car repairs will work out, or when we will make it back to PA to fetch our car, and that is really frustrating and stressful. But not so much of either that it makes me forget the many blessings that Thanksgiving confirmed in our lives. My MIL likes to say that it is just the best when you get to be related to your favorite people, and she is right. Thankful for every last one of them! (And pie. Always thankful for pie.)