You might already be tired of hearing about our Whole30, since I reference it obnoxiously and no one cares about anyone else’s restrictive eating habits. But – my blog, my rules. 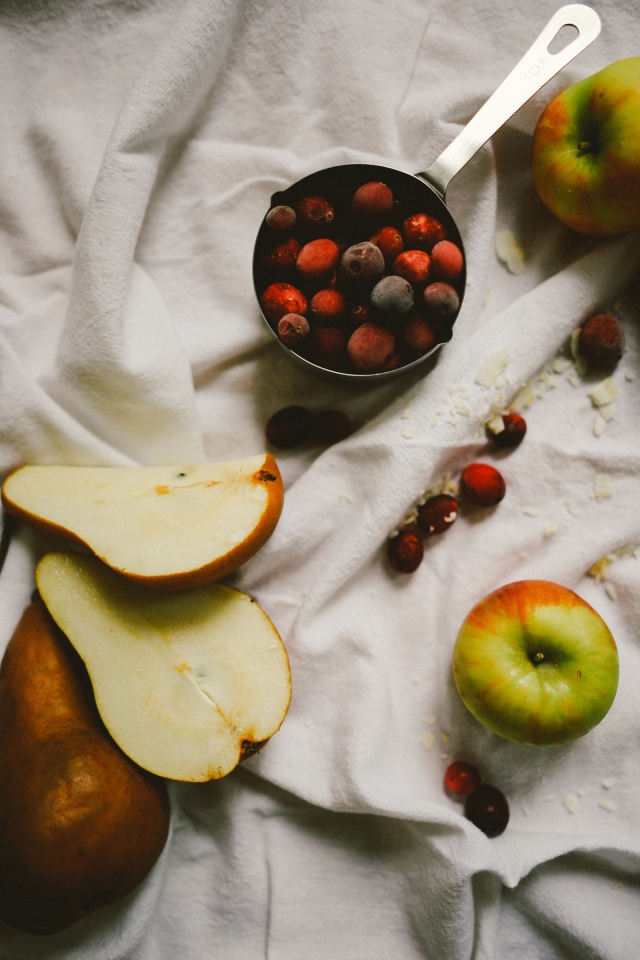 One of the hardest parts about doing the Whole30 is the lack of desserts. It’s not even the taste of dessert that I miss, but the ritual ending of a meal. I love that moment where everyone stays at the table, holds on to their forks, and lingers over something sweet. Since the Whole30 doesn’t allow you to make imitation baked goods, or use sweeteners like honey or coconut sugar, dessert is easier to just forget. Dinners end in just an anticlimactic trickling off instead of a grand finale.  I have tried variations of sautéed spiced apples in the past, or fruit salad, but they just lack the pizazz of a real dessert.

Over New Years, my mother-in-law made the tastiest baked fruit dish. Like a cobbler, but with none of the doughy topping. Hers had butter and brown sugar, which was delicious, but I started thinking that a version could be possible that was permissible during the Whole30. I think I’ve made it at least 5 times over the past couple weeks, tweaking it until I found a combination that had enough sweetness to offset the tart berries, but not so much that it delved into the forbidden “paleo junk food” category.  Some might still deem it SWYPO, but I feel that the lack of any grain, sugar, or dairy substitute absolves it. Just fruit, nuts, and spices doing their thing.

All of these are approximate measurements, and you can tweak them according to what you have and like. The pear and dates are important as they offset the tart cranberries, but you can play around with everything. 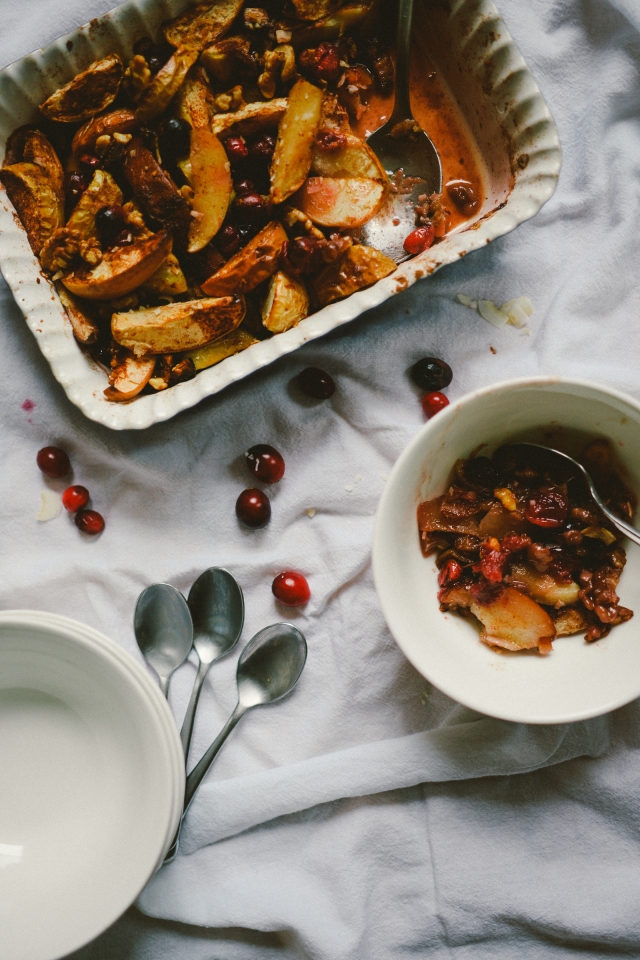