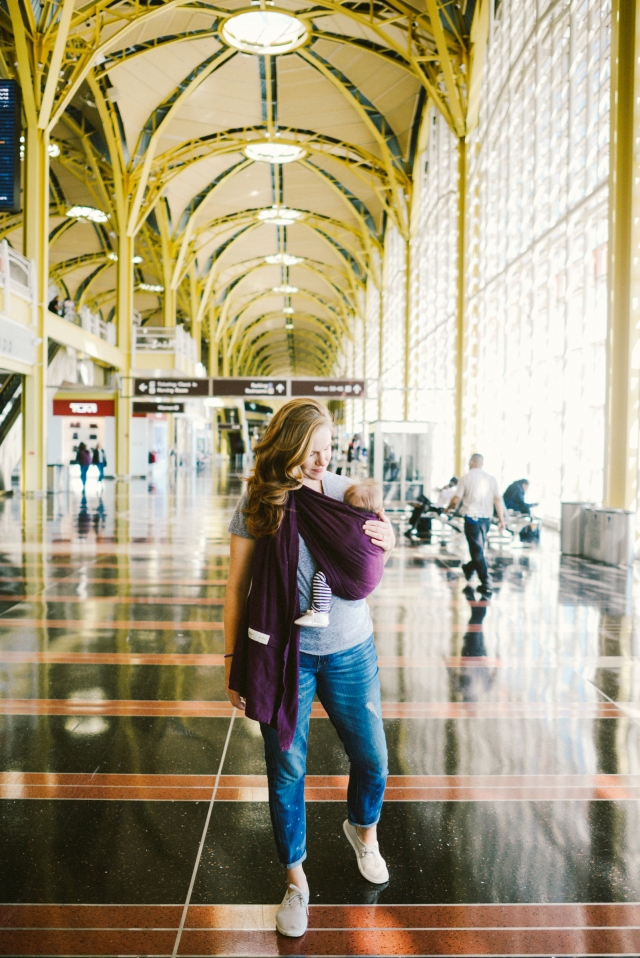 Are we out of the newborn stage yet? Maybe? I’m not sure exactly what constitutes being out, but I feel that there is a decisive shift once babies are on a schedule, napping easily in their own space, are generally more predictable, and the idea of being able to write down instructions for a babysitter doesn’t seem completely impossible.

Some things were so familiar this time around. Neither of my babies was a pro at nursing, both adored the heat and scorned air conditioning, both looked especially like Winston Churchill, and both chilled out in those super low weight percentiles until about four months when I glanced down and realized we had chunksters on our hands. But a lot was different this time around. Some things were easier. I didn’t stay up panicked while the baby slept, and I knew now that sleeping infants are NOISY and not to pick them up at every sound. I didn’t get surprised when naps got worse before they got better, and I happily started giving a bottle of formula earlier, when it became clear that Etta needed more than I could give by the end of the day. Some things were harder. Having two means it is a special sort of insanity around bedtime, and any other time that both need something at once. My own hormones and emotions were rockier this time around, even as I was aware that Etta was objectively easier than Henry was.

One thing that was nice going into baby 2 was not panicking about needing all the stuff, firstly because we have what we need from Henry, and secondly because I know that you don’t need much. Does that mean I didn’t Amazon Prime random things in the middle of the night a bunch those first couple weeks? Nope. But I did feel less panicked about finding gear to fix “problems.”

Still, there are some things that I wish I had known about or used the first time around because they have been AMAZING on round two. Of course, every baby is different, so who knows if Henry would have loved them like Etta. Here’s a round up of my must-haves for the second round of newborn insanity.

Sling. With Henry, I used all those wraps and things that take like ten minutes and a tutorial to put on. With Etta- ain’t nobody got time for that. She has lived in the sling since birth and still does usually one nap at least every other day in it. It is so fast, easy, secure, and has a pocket. It doubles as a nursing cover or blanket or burbcloth or towel as needed. We just started using a normal carrier this past week, but she still prefers the sling above all else.

Tiny sound machine. We used these sound machines for Henry but the charge code breaks so easily and we got sick of them. I snagged this tiny one for Etta and it charges with a USB cord and can be tossed in a stroller or carseat to help a baby stay on their sleep schedule on the go… which is all the time for second kids. Also, this one gets loud enough to drown out an entire high school marching band that stops to do their homecoming drill team routine in front of your house during naptime. ASK ME HOW I KNOW. Though not for Etta, we also got this wake to sleep clock/sound machine for Henry this past summer and love it, mostly because we can trigger the light remotely from our phones if we want him to sleep later or be allowed up earlier.

SwaddleUp. Henry loved normal swaddles. Etta screamed like she was being tortured for a solid hour after being put in one. My brother’s MIL suggested this one and Etta instantly loved it. Plus, it made her look like an adorable dog bone. It is also so much easier than any swaddle and you don’t have to worry about it sliding up over their face, causing you to push it down neurotically and wake them up. Again, ASK ME HOW I KNOW.

Probiotic drops. Etta had terrible reflux and weeks 2-6 were brutal for all of us until my SIL and pediatrician both recommended these drops. I am a hardcore traditional medicine fan, and we also started some reflux meds, but these probiotics go a long way to helping too.

Rocking chair.We have one in Henry’s room and though we could do without one to have for Etta’s midnight rockings early on. NOPE. His was too big for our room, but we found one to fit and it saved us. Is it ridiculous that we are rather minimalist and now have a 1-1 rocking chair to bedroom ratio? Yes. But did it save our sanity and allowed all the snuggles and soothing we needed to give? yes.

Infant Insert. We have had this stroller since Henry and added the attachments to get two kids on it and love it. I used the bassinet at first, but then a mom at the park loaned me her infant insert which allowed way better double seat configurations and kept Etta more comfortable and thus, napping better on the go. (Are you noticing a theme here? If a parent tells you something was essential, it basically means it helped people get more sleep.)

Rock n play. We used it until 4 months and then switched to a mini crib loaned to us from a friend. Hopefully by the time Etta outgrows that, we will live somewhere with space to put Henry in a twin and she will migrate into his crib. I am such a fan of the RnP and really believe it helps teach independent sleep and self soothing and once again, the transition to the crib at 4 months was totally painless.

Puj tub. So nice to not be storing a massive baby tub.

Bjorn bouncer chair. I recommend this to everyone and mine has made the rounds of our Capitol Hill friends with infants. It has kept both of my babies so happy, allows me to put them down, and folds flat and small and doesn’t look ugly while up. You might be noticing another theme which is borrow or get used everything you can for those newborn months. So many things have such a short window of use and I can guarantee someone WANTS to loan you all this stuff just to not have it take up space in their house for a few months.

For those of you with two or more, what are the newborn things you found you really used the second time around?

PS: Other “essentials” from Henry’s babyhood.