This is how adults have snow days.*

1. The evening before, decide that the snow day will happen. Ignore all the proof against it (like it being, you know, MARCH) or the lack of precedent (because grad school doesn’t really have snow days) and prove your belief by refusing to pack lunch or gym bag.

2. During the night, make sure to get up at least four times and check to see if it snowed. Upon sight of NO SNOW go back to bed and angrily toss and turn, waking up Husband and letting him know that you are Displeased With The Weather for promising a SNOWQUESTER and then failing to deliver.

3. When Husband taps your shoulder at 6:30 am to let you know that the Federal Government declared a snow day, bound to the computer, check, then stumble gleefully back to bed despite the fact that there is NO SNOW ON THE GROUND.

4. Reawaken at 8 to nice fat snowflakes. Husband decides to go to the office anyway, because despite what everybody thinks, Congress is actually trying to get things done.  (And then it turned out to be a crazy filibuster day! Am I the only person who gets super fascinated by filibusters and spent wayyyyyy too long freaking out about how Rand Paul ever went to the bathroom????) Consider walking Husband to work and taking pretty pictures of fat snowflakes falling on the city and then returning to make tasty Snow Day Breakfast of waffles… but decide instead to watch The Bachelor: The Women Tell All while eating cereal, the healthy kind.

5.  Feel convicted of laziness and use the aforementioned trashy TV to fold laundry and finally respond to growing pile of email.

6. Debate going for a run, since it actually isn’t really snowing at all. Verdict remains out out on run for some time.

7. Realize that this snow day is actually a divine gift/mandate to start writing mid-term paper that is due soon and read Madame Bovary.

8. Consider building fort. Decide to read Madame Bovary in fort. Get so depressed by remembering how Madame Bovary ends that all fort plans are called off.

9. Work on mid-term paper while drinking so much tea that you pee like a pregnant woman.

10. Take long break to Google Tibetan Mastiff Dogs, which are like domesticated bears. Google Cavapoos too. Consider buying one before Husband gets home.

11. Decide to show winter what is what by making this ridiculously good strawberry summer cake. Take that no-snow-snow day. 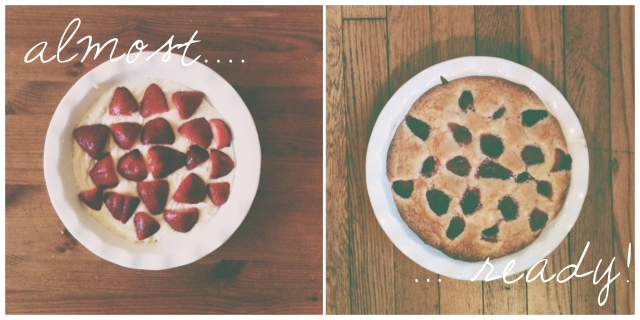 12. Finish mid-term paper draft one, but decide on a definitive no about running. Flop around on the floor for awhile pretending to do “ab work” but it’s just a charade.

13. Finally change out of robe, but remain bare faced and bed-headed when Husband and Friend come over for dinner. Enjoy delicious dinner (which had to make up from the Pinterest-provoked monstrosity that [dis]graced our table Monday night, followed by the Chinese take-out that happened Tuesday night) in a cozy apartment and decide that snow day awesomeness is pretty much a universal thing, transcending all ages. 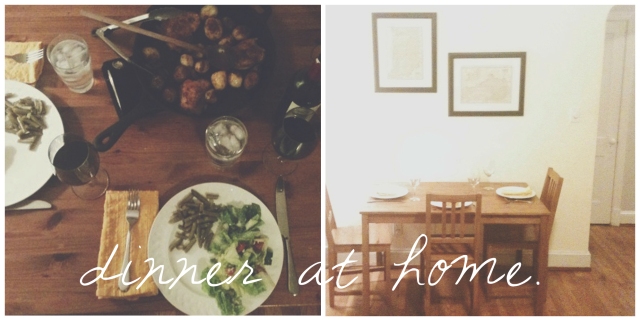 (*At least, the childless graduate student adults… does that still count?)

So tell me, did you have a snow day on Wednesday, and was there actually snow? How did you spend it?

This entry was posted in Uncategorized and tagged around this home, daily life, iphone pics, lists, seasons, snow, winter. Bookmark the permalink.

23 Responses to This is how adults have snow days.*