We were out of town all weekend for a wedding, and after getting back late-ish last night (ok, so it was 9, but there was very little sleep had this weekend), we opted for zoning out on the couch instead of unpacking. That means that this morning, our home is an absolute disaster, there are multiple loads of laundry to do, there are no groceries, and I have developed one of those nasty coughs that hurts your back every time it happens. Which obviously means that I need to start out this week with a quick reminder of some of the things that are blessing my days right now. Here are five things that I can’t stop loving right now, with the disclaimer that you should probably sing the title of this post to the refrain of this song before you continue. It will totally start your day off right. And then you should stop what you are doing and do some of those awesome dance moves wherever you are. This will start everyone else’s day off right. 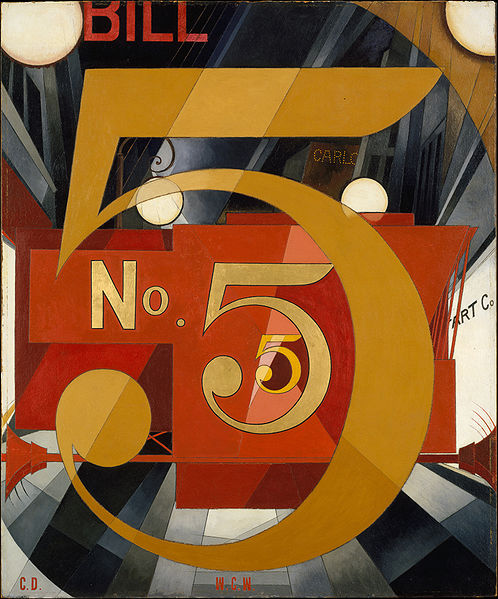 What are some things that you are reminded to love today?

*Image is “I Saw the Figure 5 in Gold” by Charles Demuth.

This entry was posted in Uncategorized and tagged art, daily life, lists. Bookmark the permalink.

71 Responses to 5 Things I Love Today