My husband is not my soul mate.

It might seem odd that on this, our one-year anniversary, I am beginning a post with the declaration that my husband is not my soul mate. But he isn’t. 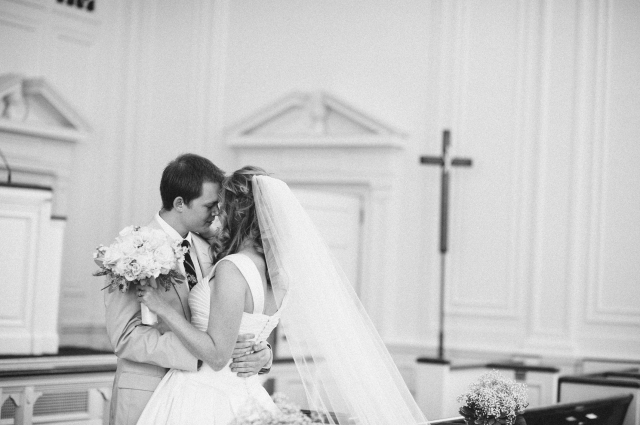 But I reject the entire premise of soul mates.

Do you remember those awesome Evangelical 90’s/ early 2000’s where Jesus was kind of like our boyfriend and we all kissed dating good-bye because we just knew that God was going to bring us THE ONE and then life would be awesome? And THE ONE would most likely be a worship minister, or at the very least a youth pastor, and we would have to be in college when we would meet at some sort of rally to save children from disease or something. We would know that he was THE ONE because of his plethora of WWJD bracelets and because (duh) he had also kissed dating goodbye and was waiting for me, strumming Chris Tomlin songs on his guitar as he stared into whatever campfire was nearby. We would get married and it would be awesome FOREVER. If you were like me, in devote preparation for this moment, you wrote letters to your future spouse, preferably in a leather bound journal dotted with your overwhelmed tears. Yes, I actually did that. Suffice to say that I found this journal over Christmas break and it was so embarrassingly awful and emotional that I couldn’t even read it out-loud to James because I was crying from laughing so hard.

But then my theologian biblical scholar father shattered my dreams by informing me that God doesn’t have a husband for me, doesn’t have a plan for who I marry. NOT TRUE I scolded him, attacking him with the full force of Jeremiah 29:11 that God “knows the plans he has for me, plans to prosper me and not to harm me, plans to give me a hope and a future,” and obviously that means a hott Christian husband because God “delights in giving me the desires of my heart.”  He slammed through my horrible (yet popular) biblical abuse by reminding me that the first verse applied to the people of Israel in regards to a specific time and just didn’t even dignify my horrible abuse of the second verse with a rebuttal. Nope, he said, a husband is not only not a biblical promise, it is also not a specific element of God’s “plan for my life.” God’s plan is for us to be made more holy, more like Christ… not marry a certain person. (This advice was also used when I asked what college God wanted me to go to, accompanied I think by, “God doesn’t want you to be an idiot, so go somewhere you will learn.” )

And then he gave me some of the best relationship advice I ever got: There is no biblical basis to indicate that God has one soul mate for you to find and marry. You could have a great marriage with any number of compatible people. There is no ONE PERSON for you. But once you marry someone, that person becomes your one person. As for compatibility, my mom would always pipe up when my girlfriends and I were making our lists of what we wanted in a spouse (dear well meaning Christian adults who thought this would help us not date scumbags: that was a bad idea and wholly unfair to men everywhere) that all that really mattered was that he loved the lord, made you laugh, and was someone you to whom you were attracted. The rest is frosting.

This is profoundly unromantic advice. We love to hear of people who “just can’t help who they love,” or people who “fall in love,” or “find the one person meant for them.”  Even within the Christian circle, we love to talk about how God “had someone” for someone else for all of time. But what happens to these people when the unstoppable and uncontrollable force that prompted them to start loving, lets them stop loving, or love someone else?

What happens is a world where most marriages end in divorce, and even those that don’t are often unhappy.

My marriage is not based on a set of choices over which I had no control. It is based on a daily choice to love this man, this husband that I chose out of many people that I could have chosen to love (in theory, don’t imagine that many others were lined up and knocking at the door). He is not some elusive soul mate, not some divine fullfulment, not some perfect step on the rigorously laid out but of so secret “Plan for My Life.”

But now I delight in choosing to love him everyday.

Someday I hope to have daughters and sons. I am going to pray for their futures everyday, and I will pray for who they might marry, but also what job they will have, who their friends will be, and most of all, that they delight in becoming more like Christ. But when my daughters come home starry-eyed from camp announcing that they can’t wait till the day they meet the man God has for them, I will probably pop their bubble and remind them that God doesn’t have a husband stored away somewhere for them.

He has a whole life, one of rich and abundant choices. And it is awesome. 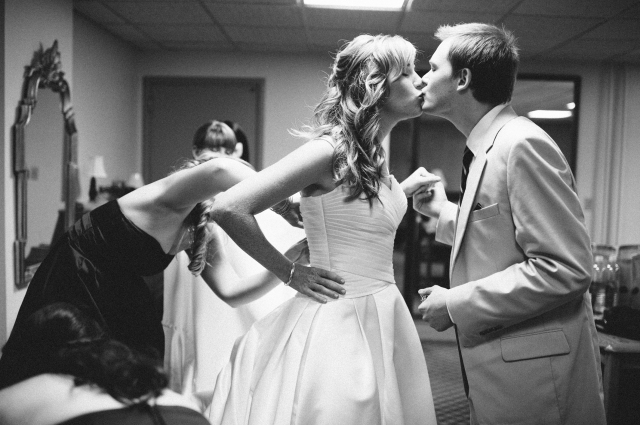 Oh, and for the record — I like James so much more than my imaginary, obnoxiously religious, youth pastor future husband. When I asked him if he had written Future Me letters as a child, he told me he was too busy memorizing Pink Floyd lyrics. But then he ran in the next room and wrote down what 14-year old James would have said in a letter to 14-year old Hannah: “I hope you’re hott.”  That’s why boys didn’t get swept up in that movement… they knew the truth all along.

(Also for the record, I actually think a lot of the high Evangelical movement was awesome, especially in so far as it made young people do a ridiculous amount of churchy activities so that we weren’t out doing drugs or at home watching re-runs because we didn’t even have Netflix yet. I was at youth group every time those doors were open and I LOVED it.  )

*All photos are by the wonder that is Whitney Neal Photography.

Update: This was a post to share a little bit of my heart with the [normally very small group of] people who read here. However, as it has been read more widely, please know that it was not to start a lengthy debate on the Internet. If your comment is rude, vulgar, excessively unkind, or fosters bickering, it will be removed. I appreciate reading all your comments, but I will also no longer be responding on this post.

1,613 Responses to My husband is not my soul mate.