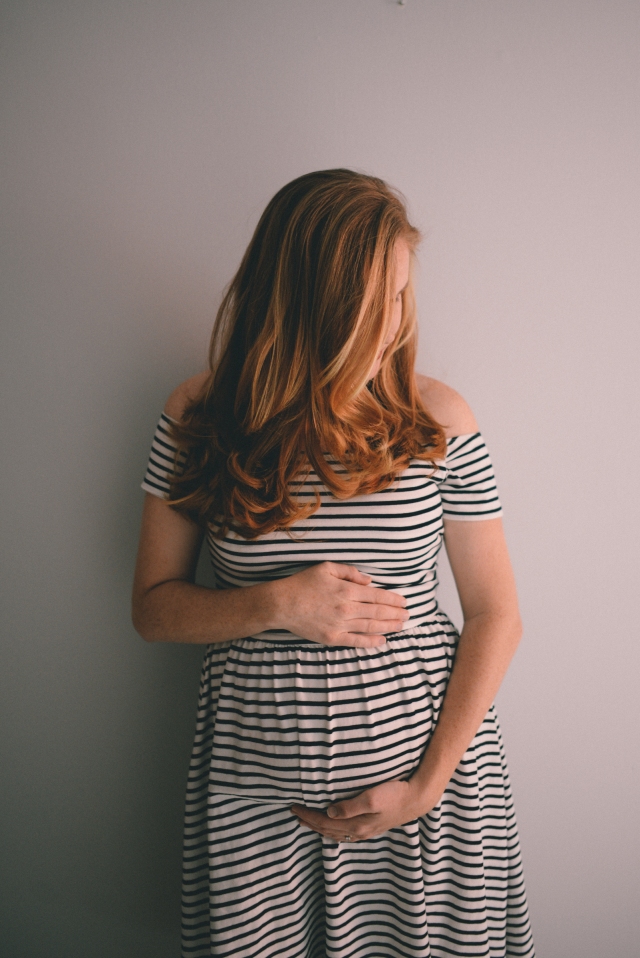 Instead of just slipping bump shots and pregnancy tidbits into other posts, today I am going to devote a whole post to the exciting milestone that is 30 weeks of carrying this kid. I know you are just pumped, right? Probably almost as excited as James was when I made him take a million photos so I could have one decent one, as pregnant women are not exactly prone to being easy to deal with. I briefly had a knotted chambray shirt over this dress, but James and I both stared at it before dying of laughter at how bad it looked, something like Daisy Duke’s frump cousin, to quote James. Of course, halfway through laughing, I paused to remind James that my hormones are like Russian Roulette, and he should just be aware that this exact same exchange could have ended with me in tears for days, had the hormone gods declared it such.

30 weeks! Which means that sometime in the last two weeks we crossed from people telling me “don’t worry, you have time for ____________ (name picking, nursery planning, pediatrician finding, insurance contacting, booster shot getting, childcare organizing, etc.)” to people informing me that we really need to get on things. BELIEVE ME – I KNOW. I like to think that we are making progress on the name front at least, when really it just means that one night James and I chilled on the couch for an hour and hit refresh on an auto name generator until we came up with the killer first/middle combo of Elroy Digby. Y’all, the fact that the internet is producing this means that someone is using these names. I did a Buzzfeed quiz to help me pick a name, inputting that I like things that are “classic” and “traditional” and “could apply to any man over the age of 70” and it gave me the name… Wheat. Like the grain. In what world is that classic? Are they just using classic the way that the wedding industry uses it, as a generic adjective to apply to whatever you want to justify as your taste? What happened to adjectives MEANING SOMETHING?

But we do have a dresser and a carseat! Not in the car, or stocked with anything useful, but they exist.

It’s strange, carrying a life that lots of people know about, but only I really know. I’m not sure that makes much sense. James and I talk about him all the time, my mom and I gab about him, my girlfriends have to listen to alllll my thoughts on everything, but for now — he is mine. I feel him all day,  his kicks and shoves and oh-so-irritating slow attempts to drill his way out of my side when I am trying to sleep. I imagine them as actual responses to things that are happening around me, as if he knows. He spends lots of time kicking while I work on my dissertation, which perhaps explains his intense feelings about 19th century French novels, demonstrated by the fact that his peak movement every week is during my Wednesday evening seminar class. This kid has STRONG opinions about Emma Bovary, and you bet he lets me know.

Because of this, of his silent but felt emotions, I find myself imagining a personality for his semi-sassy, energetic, kind of naughty little self. When I get to the top of a bridge lift in Barre and he slams a foot into my back, knocking me down, I like to imagine him giggling. When he wants to keep me up at night, I imagine a fun boy who doesn’t want to stop playing. When he moves and rolls and tosses, it lets me know him just a little.

And I like him. I mean, I also live in terror that I will never sleep again once he comes and that he will cry for hours and no one will want to be our friends anymore. But I think he’s going to be a pretty fun little buddy, because it already feels like he is. 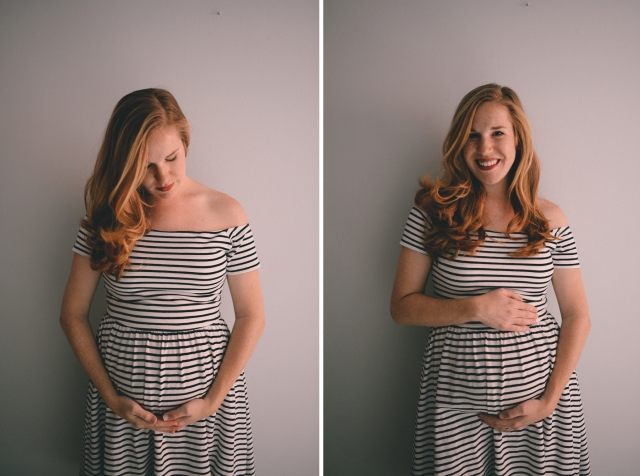 This entry was posted in Uncategorized and tagged baby. Bookmark the permalink.