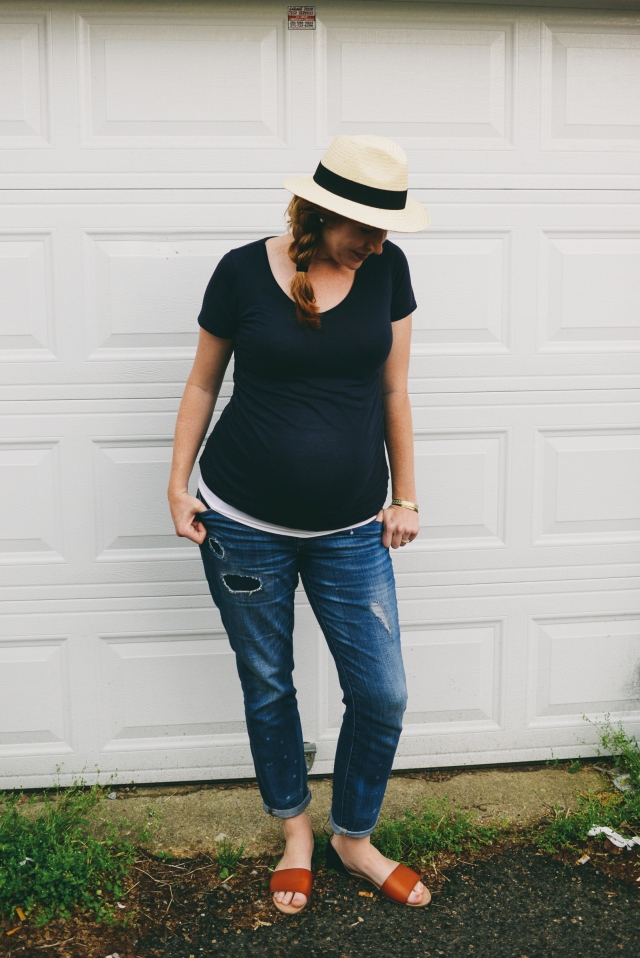 I used to wonder why everyone did the humorously mysterious “gaze-down and let hair fall to inspect bump” pic. But now, at 35 weeks, I totally get it. My chin has recently started carrying the long lost twin to my womb baby and I just don’t mind if I do hide that behind a veil of hair/braid/weather inappropriate neck scarf/etc. I know you were just dying for that every 5 week post dedicated solely to pregnancy happenings (versus the normal tenor of the blog where I almost never even bring up this bundle of love- ha), so here it is.

35 weeks! As in, baby is coming SOON! As in, I’m kind of over being pregnant, but still not really prepared. We have lengthy to-do lists for these last weeks, but somehow they usually get ignored for more time in bed or trying to finish the last season of The Office. We have also officially reached the point where I just feel pretty uncomfortable. Last week I was in the middle of a 7 mile run (with walk breaks mind you – those started around 30 weeks and have been lengthening), and at one point I just stopped abruptly and announced to my running partner that I was done. Not with this run, but with running- period. The slamming of this kid into my pelvic girdle had just become too much and I was over it. Last night I was moaning to James about how everything just kind of hurts and he nobly asked what he could do to help, imagining grand sacrifices. Nope. What I need is someone to pick up my pen when I drop it, or retrieve the remote when I am settled in the couch and it falls to the floor, or tie my shoes, or do any and all mundane tasks that involve bending over. And really, all I want is cake. Cake in the morning, cake in the evening, cake all the time.

But on the plus side, this kid now moves so aggressively that we can see it on the outside of my stomach, which is both super fascinating, and the most disturbing thing ever.

As the due date grows nearer, I also started experiencing new waves of fear. Birth fear, like what happens if something goes wrong, and practical fear, like how on earth is he supposed to find more room in there to grow over the next five weeks. But also fear about this deeply flawed world that he is entering. It is not the world I want for him. It is a world where wrong usually wins, evil cloaks itself as good, and lies are everywhere. As I get closer and closer to holding him, I pray harder and harder that he enters this world with a spirit that can discern truth. Yes, parents teach and instruct, but I am praying for a little soul blessed with discernment beyond what I have, what I am capable of imparting. 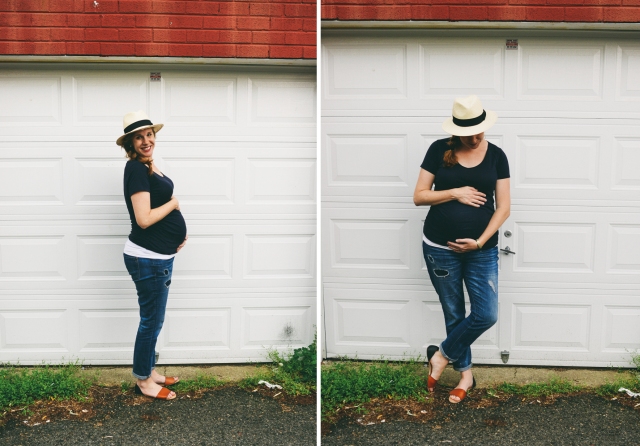