Of Disaster and Donuts. 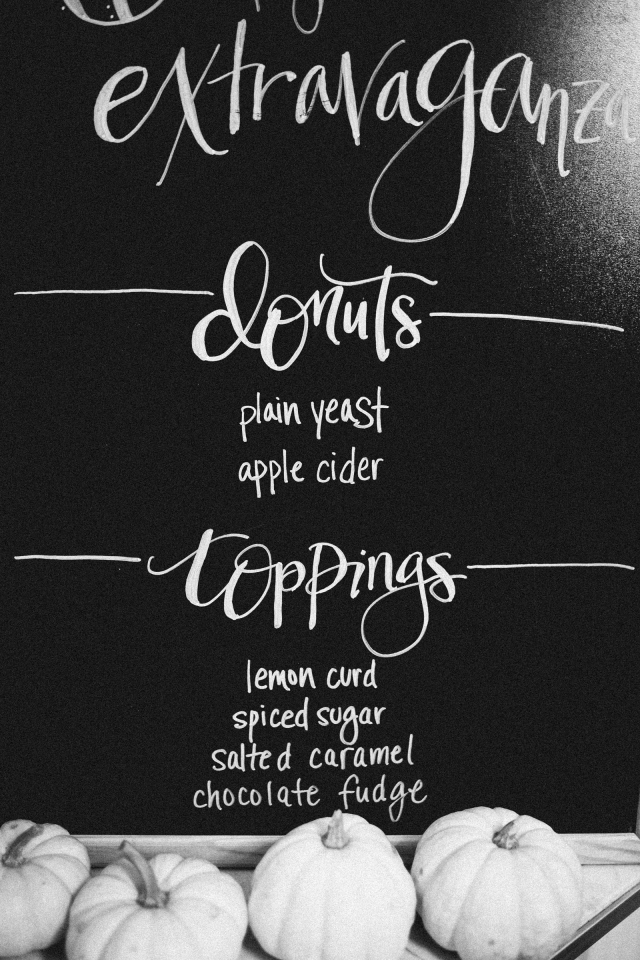 In case you are a longtime reader of this blog and you were on the age of your seat just waiting and wondering if the major life changes of the last year would preclude is from our annual donut making EXTRAVAGANZA- fear not. I tried to figure out some way that we could have the party at 11 am and in a park, as that is a prime moment for babies and toddlers, but it proved impossible. Instead we decided to have everyone we know and love in our apartment, with their babies and toddlers, deep frying things in hot grease at the exact moment when all tiny people were losing it. Because what more do parents want than for someone to hand their bedtime-flaunting 2 year-old a donut and a bowl of spiced sugar?

Other than the promise of donuts, the Friday that we held the party was a really bad day at the end of a really bad week. Henry was weathering the terrible waters of teething plus a schedule that just couldn’t recover from Daylight Savings Time, and he had inexplicably cried most of the day, refusing most naps and wearing through every last shred of patience I possess. I was so haggard and tired and angry, and James had a crazy week at work and he came home to find me still in pajamas, trying to make donut dough that still needed to chill, frantically trying to clean because it was the first time hosting a big party in our “new” apartment, and just losing it in general. It is really hard to get yourself, your home, and some food ready when there is a tiny person who is over it – and you don’t even know what “it” is.

James jumped in and tried to get Henry to take a power nap to make up for all the ruined naps that day while I tried to finish up everything and in the process, I knocked an entire gallon of cider off the counter to have it explode. Cider in the rug. Cider on the floor. Cider on the table. Cider everywhere, approximately 20 minutes before the party started. Obviously I did the mature thing and started sobbing in the middle of the kitchen and announcing that the party was canceled, followed by angry sobs of don’t you dare cancel it because I have done SO MUCH WORK. James rightfully assessed the situation and jumped into action, strapping a screaming Henry to his chest in the carrier, and mopping the floor while kicking me out of the kitchen to put on actual clothes.

It’s funny, because when I look back on last year, it seems that a very similar pre-donut disaster befell us, and I wonder if I will ever learn that the people about to pour into our home do not care if my hair is done, the centerpiece is perfect, or even if their feet slightly stick to the floor because the cider took a couple rounds of Swiffering to clean up. I love the joy of extending hospitality under perfect circumstances and I love giving the gift of a lovely and clean home and polished hostess to people who pass through our doors. But it’s not always possible. Sometimes there are crying babies and ruined plans and myriads of little disasters that befall us.

In the end, in spite of any disaster, there were full bellies and tiny sticky hands decorating donuts and detracting from the sticky floor. There were people sitting on every surface with no space to notice that I didn’t get to making a centerpiece. There were donuts and toppings and old friends who turn up every year to celebrate my love of fried carbs.

So even though I swore moments before the party that the following year we would just decorate donuts I bought at Krispy Kreme… I’m pretty sure that next November will find me once again frying up dough and throwing open our doors for the people who make our lives ever sweeter by braving the disaster to come inside.

PS: Years 1, 3, 4, 5. Year 2 is buried so deep in the archives even I can’t find it. For the second year in a row, Anna hand lettered our sign – thanks Anna! This year we made these again, though I decided halfway through that, while I prefer yeast donuts in general, homemade ones are better cake. I retired our standard pumpkin ones in favor of these and they will be returning next year. I also decided to exclusively do donut holes next year, as they prove the best vehicle for toppings.

7 Responses to Of Disaster and Donuts.