I’m not sure how, but Henry turned one this week.

As in, an entire year has been spent with this amazing boy under our roof, destroying our stuff, wreaking havoc on our sleep, and making us laugh and cry. It has been the best year. Even if it has included so many hard, bad, or just plain miserable moments, it has also included some of the best and sweetest moments, ones I couldn’t have even imagined. The way he laughs uproariously when I peek around the counter as he eats in his high chair. The smell of his head when he burrows against me during post-nap snuggles. The feel of his tiny hands on the back of my legs as he tries to stand up and get my attention.

We celebrated his birthday last weekend, and I will be honest – quite a few things went wrong in preparing for his party. I had visions of a classy and composed park party, with a delicious feast, miniature and perfect smash cake for him to destroy as he wore a cute party crown, and a hoop to make 20 feet long bubbles and wow Henry and his tiny friends. Bunting in the trees, big balloons, wicker baskets of blankets for our friends to spread in the grass, framed pictures of different months scattered about.

Y’ALL. I was delusional. Here is how the planning went:

Go to Costco and get cake and bags of chips the size of sleeping bags. Remember you got pretty napkins at Ikea a couple weeks ago.  Make a Chat book with pics of Henry at the last minute and toss it on a table. Text family and neighbors to see if anyone has a card table and some chairs. Beg a friend to make a sign. Schlep stuff to park, including bunting you pulled off Henry’s wall. 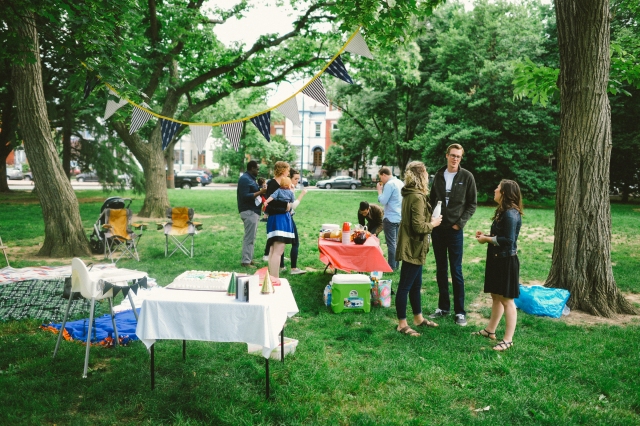 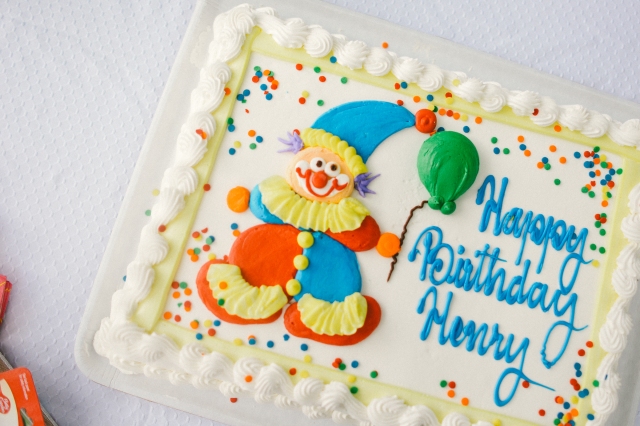 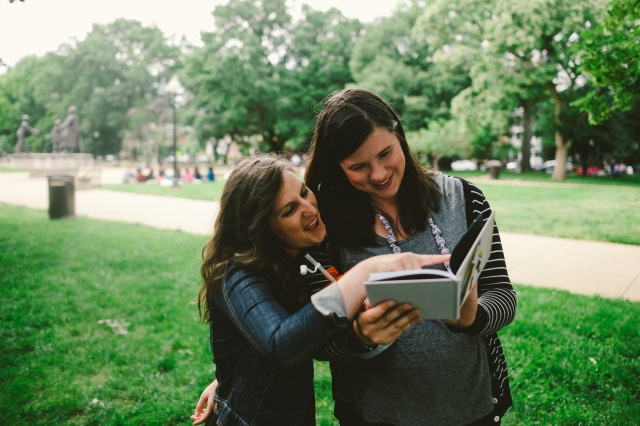 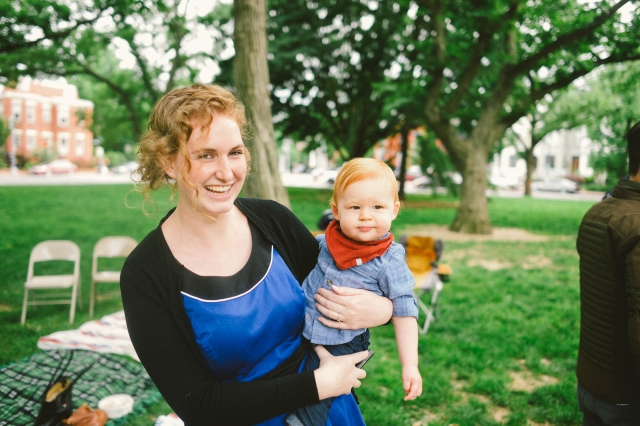 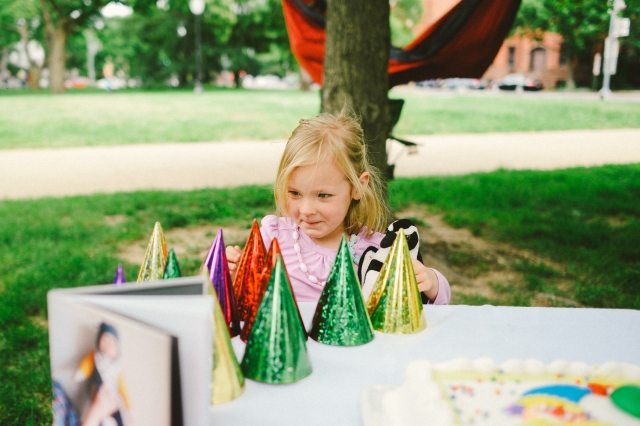 Oh and that bubble hoop? Total failure. True, I didn’t exactly follow the instructions on making the bubble mixture…. but still.

Not that it mattered, since the kids (and adults) all loved the wands I grabbed at the check-out line at Aldi a couple weeks ago. 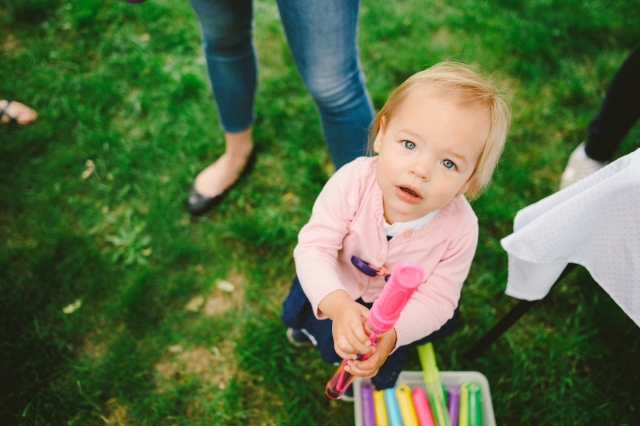 And let’s talk about the smash cake. I tried to make one the night before the party, but something went horribly awry in the icing process and the whole thing crumbled into a sight akin to the poop emoji. So instead of offering it to Henry, James and I just ate the whole thing standing in the middle of the kitchen late at night. That’s us, winning at parenting since mid 2016.

But as you can see, Henry loved his party anyways.

Eventually, through sacrificial eating on my own part, we convinced him that the cake was not actually an affront to his sensibilities, but something delicious to be consumed. And then he made us proud.

If the point of a party is pinterest perfection – we failed. But it isn’t. It’s a celebration of one year with this kid and the mess of a job that we do parenting that still somehow has him thriving.  It’s a way to gather with the village who has come around us as we figured out how to do this family thing and relish the fact that we are doing it, imperfectly, but wholeheartedly.

Nothing could have prepared me for the sheer joy of being this kid’s mom.  On the days where I am emphatically not enjoying motherhood (and those happen) I still do not have the slightest wish to be doing anything else. The past year has been a long introduction to the amazing sidekick, the loyal friend, and the devoted comforter that I never could have imagined wanting. I’ve spent a year watching Henry’s personality develop. He’s an extrovert, that ginger baby of mine, eager to be in the midst of activity and easy to laugh. He loves noise and crowds, has very little fear of strangers, and tends to be a tad overly aggressive in his affections. He is enamored with putting objects on his head and then chortling when they fall behind his back and loves to race pot lids down the hall. He is inquisitive and destructive, constantly testing any limit or boundary. He loves nothing more than when he can sit in between both his parents. He likes to clap to music, prefers broccoli and scrambled eggs over all else, and has ripped the left knee out of all his pants because of his funny stanky leg crawl. He is intense in his emotions and predictable in his patterns.

He is ours, and that is everything. 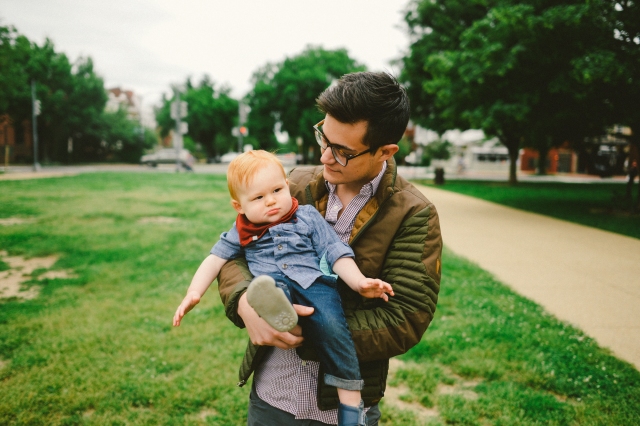 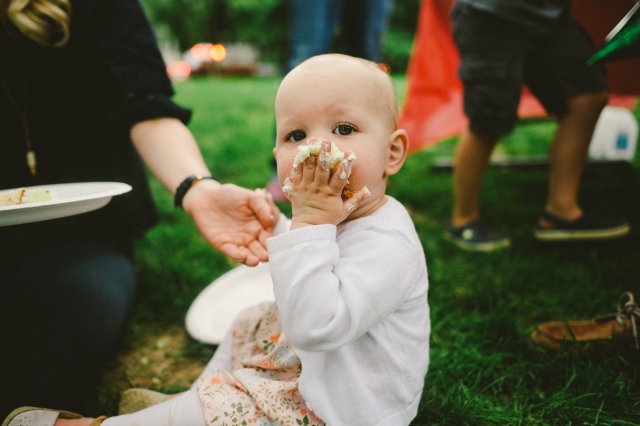 Happy birthday Henry Wilberforce. We love you with everything we are.

PS: I didn’t write a full birth story, but here are some highlights, including the absence of contractions until after 7cm, and the total glory of that sweet sweet epidural.

5 Responses to Henry is one!