The wolf and the elephant.

I always have grand ambitions for Halloween, thoughts of family costumes and DIY extremism, or witty costumes that make every adult that we pass chuckle. But that never ends up happening, and mid-October rolls around and I find myself scrambling for something to throw on mu kids so I can parade them round until they melt down and then come home and eat their candy. If I can’t be proud of our family coordination or creativity, I can at least be proud that this year I managed to not spend a single penny on Halloween. Etta wore Henry’s old costume (remember this tiny elephant?) and Henry borrowed a Big Bad Wolf costume from a friend. It’s probably good I didn’t shell out money, as the above blurry and unsmiling photo is about the best I could get of them both together. 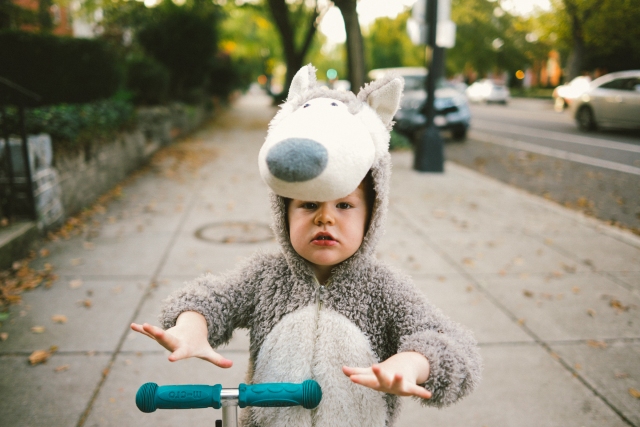 We headed out to start trick or treating long before any houses were open for business. I have learned in years past that after dark, Capitol Hill turns into a congested and overwhelming mash up of scary-clad teens and toddlers melting down. Starting at 4:30 gave Henry lots of time to ride his scooter around and scope out the houses, stopping every two minutes to take stock of his tale. 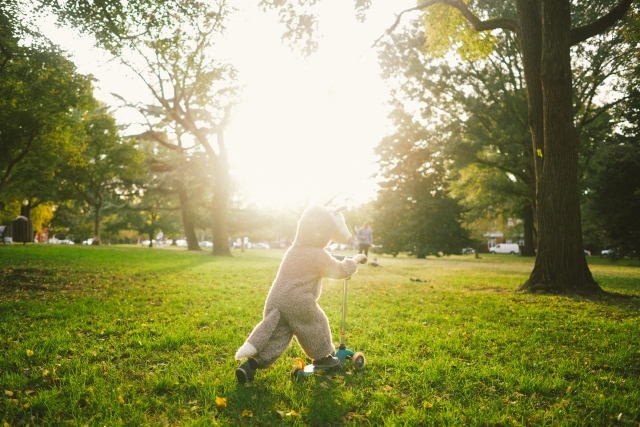 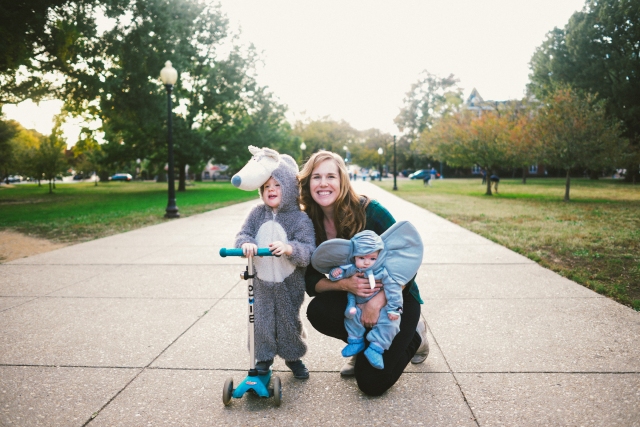 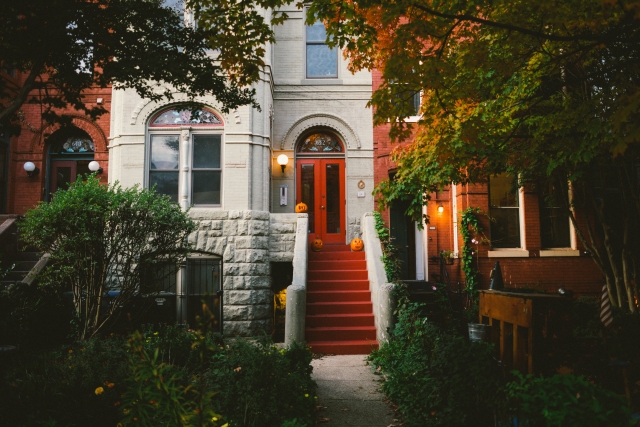 Capitol Hill as a whole, and East Capitol in particular, is super intense about Halloween. So much good candy! Henry brought home a full sized Snickers – FULL SIZED. One house builds an entire Wonderland universe, complete with characters walking around in costume. All the adults on the street grill out or set up finger food spreads to enjoy together as kids go around to get candy. 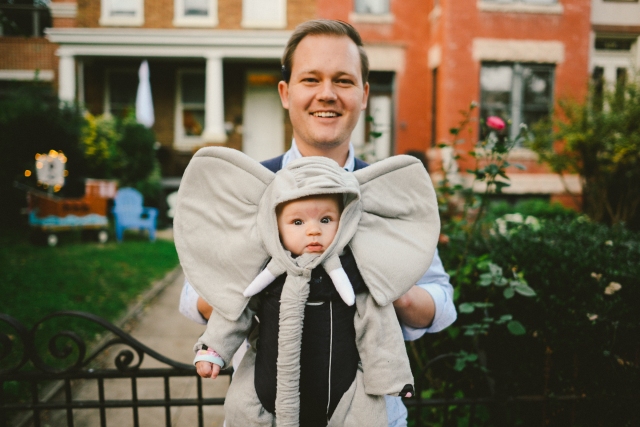 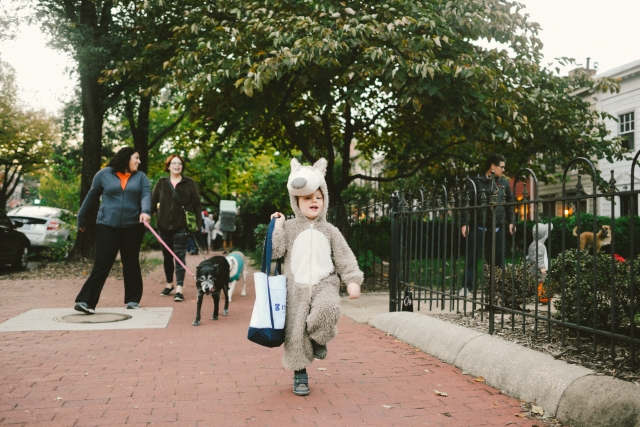 It took him a house or two to figure out what he was doing and then he was ALL IN. He made us wait outside of every yard and excitedly went to yell, “TRICK OR TREAT HAPPY HALLOWEEN THANK YOU!” before bounding back to us. I love when I can give him slivers of independence to help him grow.

This was the first year that Henry was really aware of all the decorations and festivities, and it  had James and I talking seriously about how we present fear to him. Kids this age are so funny about what they fear. It can be the strangest irrational thing (a friend of mine told me recently that her toddler was scared of canned whipped cream!) or a dangerous thing, like tall slides or loud dogs. But Henry does not yet have any fear of dark things, of the evil that exists in this world. He will figure it out eventually, but James and I were very careful to not teach him fear as we discussed Halloween. We didn’t use the adjective “scary” to discuss web-draped houses, and we avoided houses or groups of people focused on the macabre aspects. I want him to fear some things, to develop an intuitive sense of wrong, but I do not want to burden him with unnecessary fear, nor do I want to teach him to delight in it. Both are easy traps to fall into on Halloween.

For now, I’m glad it was just a fun family evening of walking through our town with a wolf and an elephant.

(PS: Is it really a family outing if it doesn’t end with tears and one parent carrying everyone? Nope.)

1 Response to The wolf and the elephant.