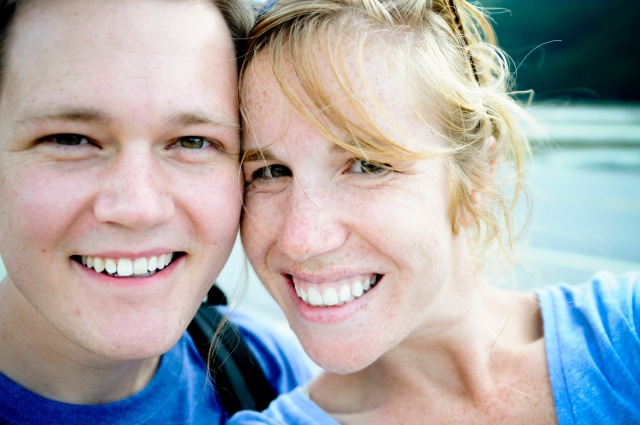 After four and a half years of dating, you have almost spent so much time anticipating being married, that it is weird to have that anticipation removed and actually get married.

Even weirder was the fact that I planned so much of our wedding without James. Now, he was more than helpful, supportive, and interested when he could be, but for the last 2 months, I was in Kentucky and he was in DC, and we only saw each other for one very rushed weekend. I realized how little he actually knew about the wedding when I asked him to pick a tie and he emailed me one that was baby blue with thin red and yellow stripes. Our colors were navy and blush. His response: “But you love the primary colors!”

Anyway, when I picked him up at the airport a couple days before the wedding, I was thrilled, but also kind of nervous. I had been so busy planning this event, and now the main part of it was there and he seemed just a little like a stranger from it, like a stranger, from me after the last two months.  In the weekend to come, I only saw him alone a handful of times. The day before the wedding, we stole some super romantic one-on-one time for me to drive him, both of us dirty and sweaty after setting up the reception site, to where he was staying. We decided that getting married gives you that feeling in your stomach like getting on a huge roller coaster, the scary kind (the kind that I didn’t do till I was 15).  You are excited when you get in line. But then the longer you wait, the scarier it looks, and the higher it feels. Finally, you get up to the front and a part of you – a small part – just wants to jump out of line, even though you know that it will be fun if you can just let them lower that bar over your head. Because from that point, there is no backing out and you just have to hang on and laugh. 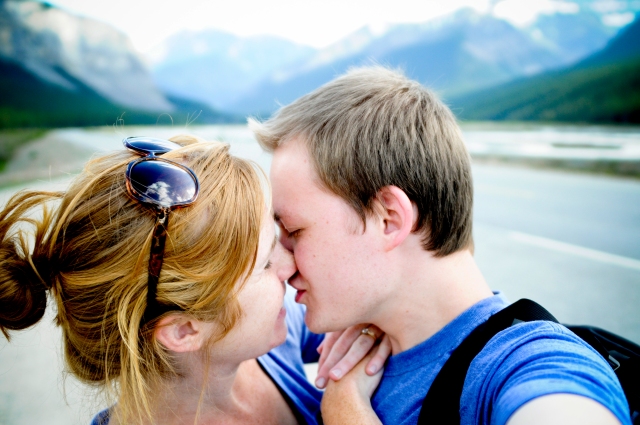 On our honeymoon, I was able to realize afresh that I had married my best friend. I was able to spend time with him for the first time in months without talking about pocket squares or invites or flowers.  I was able to laugh with him as we intentionally scanned the satellite radio looking for “Call Me Maybe” so that we could sing aloud at the top of our lungs. I was able to joke with him about the fun things we are doing now that we will absolutely not let our kids do, like paying to ride up the sweet gondola to the top of the mountain instead of hiking it. And that pre-roller coaster feeling was gone, replaced by giddiness that we have a long, long ride in front of us.

And coming back from our honeymoon, we really came back as JamesandHannah, not the James and Hannah that we were when we left. A family, James likes to tell me, a unit, a team. And that was the best part of the honeymoon, better than the scenery, or the colors, or the adventure.  Because I came back with the certainty that this man, I love. And I will get to forever.

36 Responses to Honeymoon Part III: This man I love.