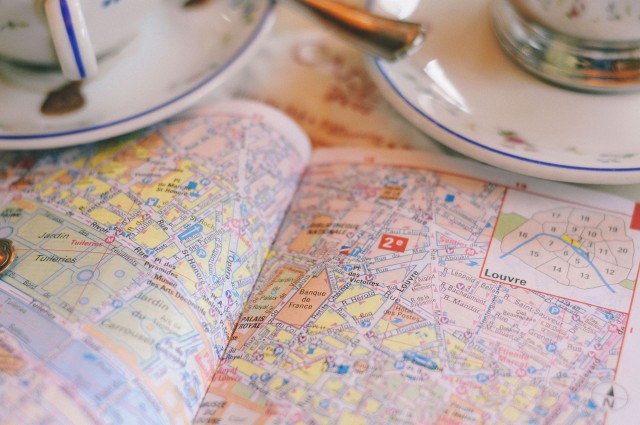 Last week I was coming up out of the metro into the eternal rain.* In front of me, a mother and daughter stood huddled under an umbrella, rain blowing in on them, as the mother kept waving her phone and repeating “Hold on, it will pick up where we are in just a second, then we can start.”

I have been there, and I hate it.

One of the “joys” of being in Paris is that I don’t have a smart phone. In fact, my French phone only calls and texts looks a lot like the one that Derek Zoolander uses. I can use my iphone to create onslaughts of Paris Instagrams (sorry y’all, this city has me breaking my pretty strict daily Instagram quota rules) but only when I stumble upon wifi, which is surprisingly infrequently.

Instead, I do what people did until really recently: I use a map and look around. And if I get really lost, I ask directions. 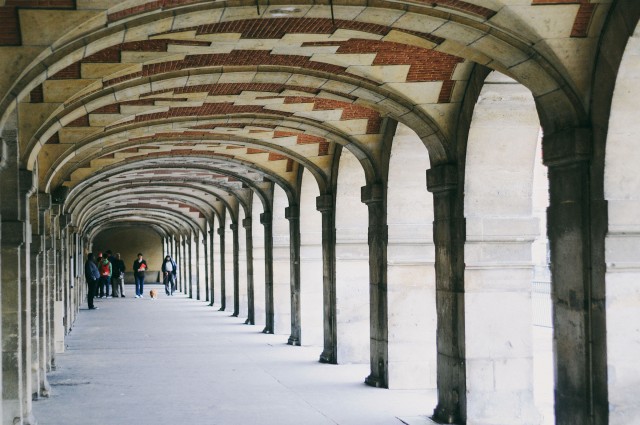 I love my little Paris map. I love how it has freed me to explore the city and how it is annotated with my findings. I love the knowledge that it has trustily guided me all over this whole town on foot and that it isn’t dependent on signals or service. I tried to find a similar pocket map when I first moved to DC and found it practically impossible. Several vendors I asked just told me to use my phone, yet those were pre-smartphone days for me. Instead, I looked at google maps before leaving, got lost a lot, cried in the car more times than I can count, and now know that city the way that you only do if you aren’t following just the next step in some automated directions.

I’ve used my map a lot lately because last week I was staying in a new area of the city, one that I don’t know instinctively like my little corner of the Left Bank. And now, because of using that map and walking over taking the metro as much as possible, I know that area better than I could have hoped.

Don’t get me wrong – I frequently use my phone navigation systems when I am home, and they have prevented many tears and arguments. Still, I try to only look at the overview, or use it only the first time I go somewhere. After that, I like to try to find my way back and forth. Wandering in Paris with my map reminds me of what we lose when we just listen for the next step. We lose a precious awareness of our surroundings, a sublime sense of where we are and what we are around. We lose the ability to orient ourselves in the world, choosing instead to orient the world around us. We are blind to the inherent cardinal directions of the world, perhaps in more ways then one. Looking at my paper map over and over not only shows me where I am, it lets me situate myself in this great city and see all the other ways I could get to my destination. And more often then not, I find myself wanting and able to take a different path, keep my eyes open, and be delighted with what I find. 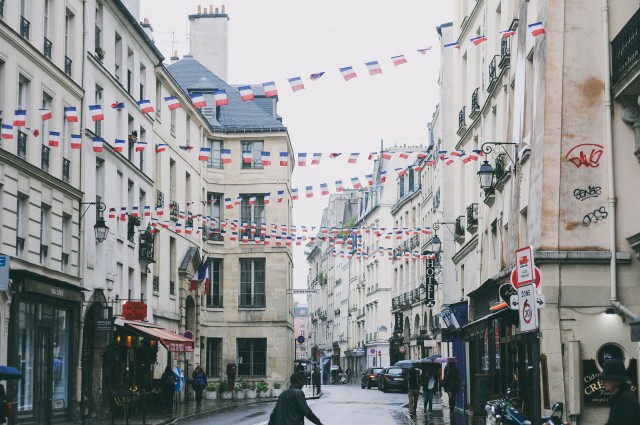 *Ironically, since this post is bemoaning our dependence on our phones, I used mine to check the weather before packing and didn’t pay attention to which Paris the phone picked. Paris, KY has apparently been enjoying a hot summer, yet the clothes I packed for my 90 degree Paris have not been quite as much help for 68 degree Paris, that is, until the past two days when it all the sudden hit 95. Luckily I tossed in a couple long sleeved shirts and a jacket at the last minute and they have been seeing a lot of playing time, along with the two pairs of tights that I had to buy in July. Looking ahead at the weather, it looks like I will be fluctuating between tights and shorts on three day rotations. Thanks Paris, you’re a gem.

This entry was posted in Uncategorized and tagged Paris. Bookmark the permalink.

5 Responses to Where we are.