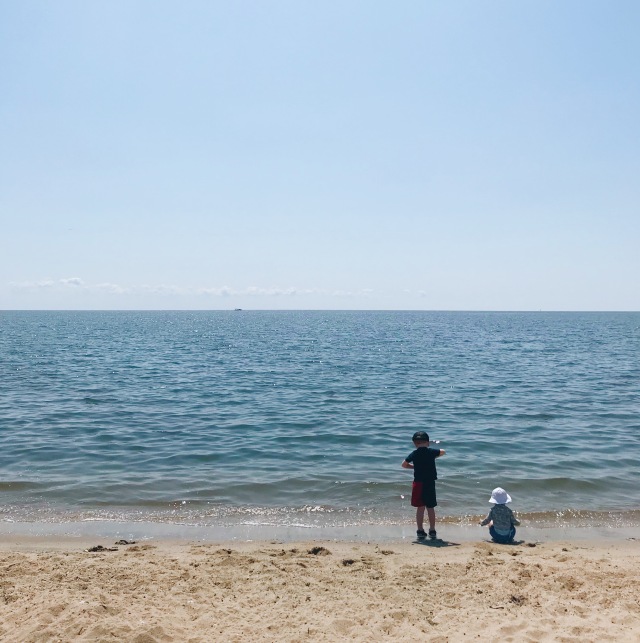 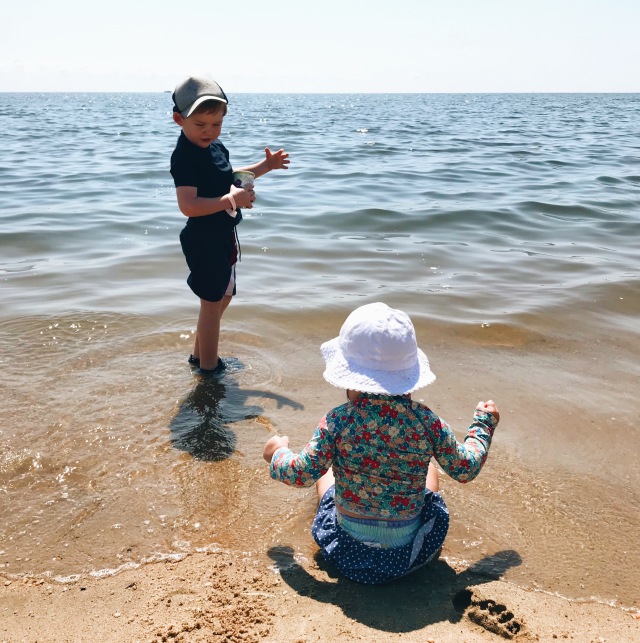 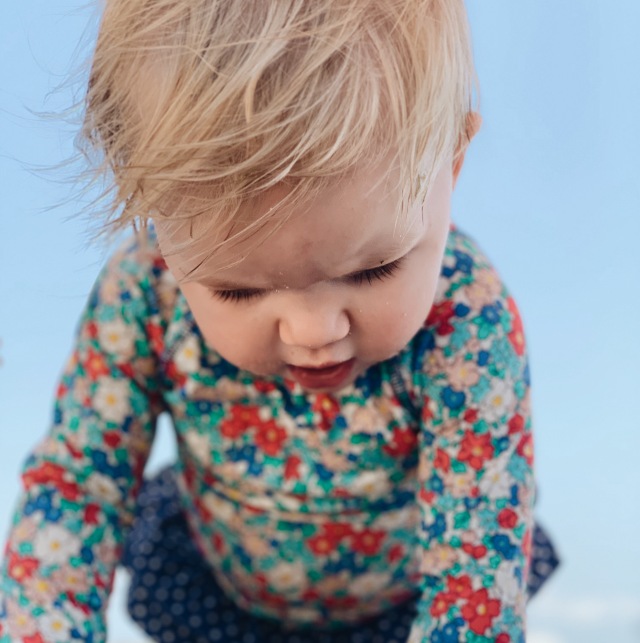 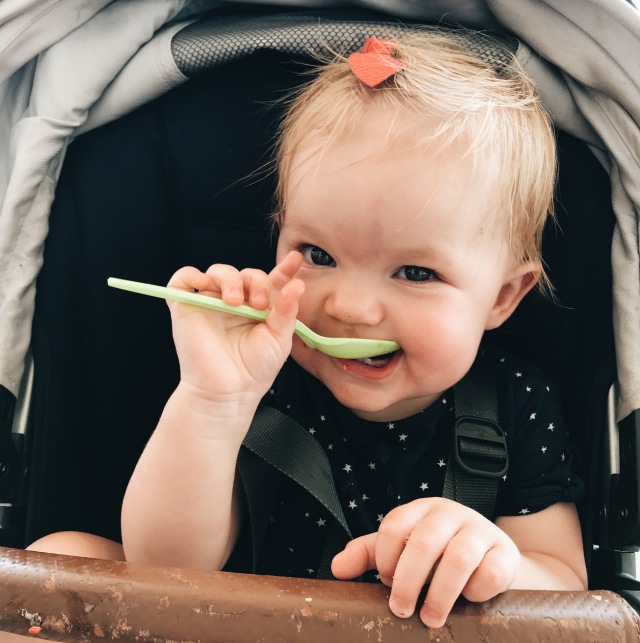 For the first time in way too long, we did a beach day. (Remember when we were young and had no kids and went to the beach like every five minutes?) I had heard that North Beach was great for kids, and it did not disappoint. Less than 45 minutes from our house! Shallow bay water with no current and few waves! Adorable boardwalk and adorable ice cream shops! Dreamy buildings and pretty flowers! It was a last minute trip, as I talked a couple coworkers into joining me and there were only a few other people on the beach on a random Tuesday. Henry showed very little interest in the water, and at first I wanted to drag him in and make him love it like I do. But he was so happy digging in the sand and making friends with anyone who had a bucket, and I let him do the beach his way. Etta, on the other hand, loves to be in any and all water and happily ate fistfuls of sand the entire day. We blew off naptimes and both kids passed out in the car home, sleeping just long enough to make any naps at home impossible. I transferred Etta to her crib at home, and though awake, she enjoyed some quiet time while Henry and I snuggled and watched some Thomas the Tank Engine. They passed out early tonight and I just keep running over in my mind the perfect images from a beach day with my babies.

Some light reading and little things from around the internet:

Really want to pamper my face with this stuff.

We used some of our freshly picked blackberries to riff on this recipe and it was so good!

We’ve hit The Lawn exhibit at the National Building Museum twice this month and I think we will probably swing by a couple more times before our annual membership is up the end of August. Unlike some over the last couple years (like here and here), this one is less focused on Instagramable aesthetics, and more on fun. The kids love it!

I just finished this book and it was such an enjoyable read. I’m a sucker for French settings and I like to think it had inspiration from (or at least awareness of!) this French novel (which is also so good!).

We are nearing the end of another Whole30 and this has been my favorite new dish we’ve tried. And I’ll be honest- this Whole30 hasn’t been entirely pure… but even one with exceptions leaves me feeling so much better.

Speaking of exceptions, I made this for James’ birthday and it was delicious- perhaps making me question my cake-trumps-pie always stance.