Even is this blog has been truly limping along as of late, never let it be said that I am not one for tradition. And up there with the various other seasonal Yuletide markers, this blog celebrates truly horrendous pictures that just don’t make that shiny Christmas card cut. Yes, I love the pictures of families looking great and behaving, but that just doesn’t reflect most of our daily lives. Most of us with toddlers have moments where we feel like this at least 6 times a day (warning: strong language), and we are harried looking in the midst of loving life with crazy kids.

This year our shoot had more outtakes then intakes. As in, it was easy to pick a photo for our card because there was one, 1, ONE where we were all looking at the camera and not looking terrifying. Henry isn’t smiling, but you take what you can get. He spent most of the shoot desperately trying to escape, enacting that most detested of all toddler specialties – the Arched Back Buckle.

And so it is, I give you the outtakes.

Went ahead and gave you that close up of a certain someone not. having. it. at. all during photos. He does not care that his outfit is adorable or that the foliage is especially lovely. He is OVER it.

We tried resorting to aggressively energetic smiles on our own part to woo him into participating – but alas. Not interested.

Nor did my enthusiasm over a passing bus tempt him to exhibit anything close to a smile. Meanwhile, James’ own pained expression lets us know just where Henry got his distaste of family photos. 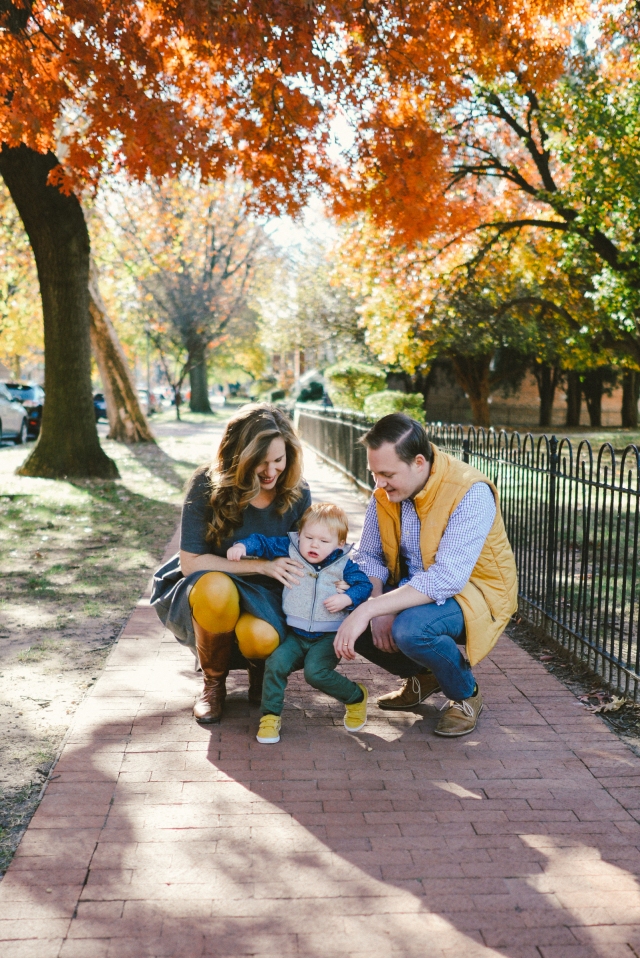 “Let’s try a cute sitting one where he perches on our knees!”- She said like an idiot…

…because then he broke free and took off running. No looks back, no thought other than escaping. 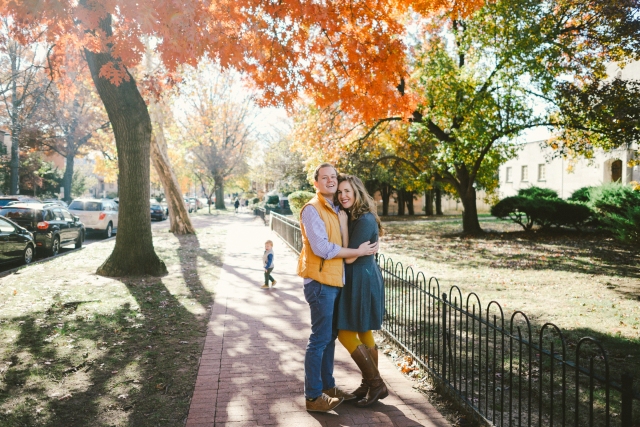 Tried to trick our FOMO kid into wanting to join the fun happy hug his parents where directing at the camera, but – no dice.

Remember this adorable picture from last year in the exact same spot? My how things have changed.